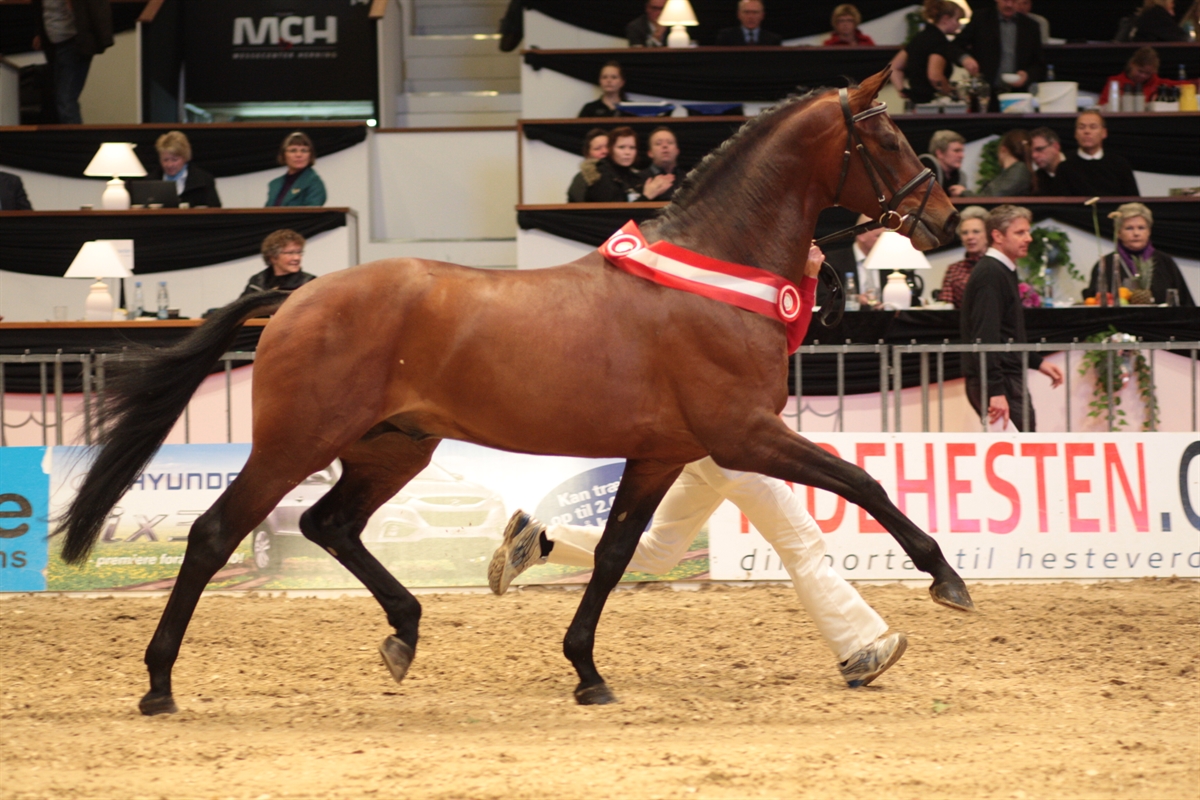 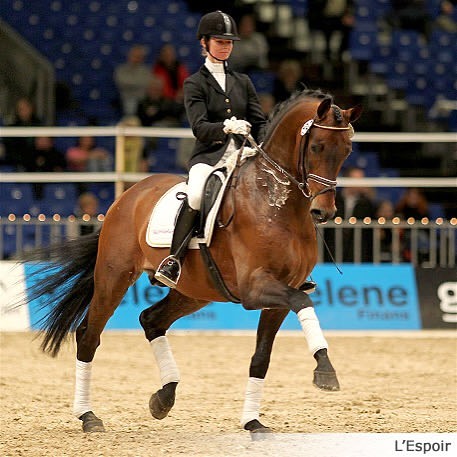 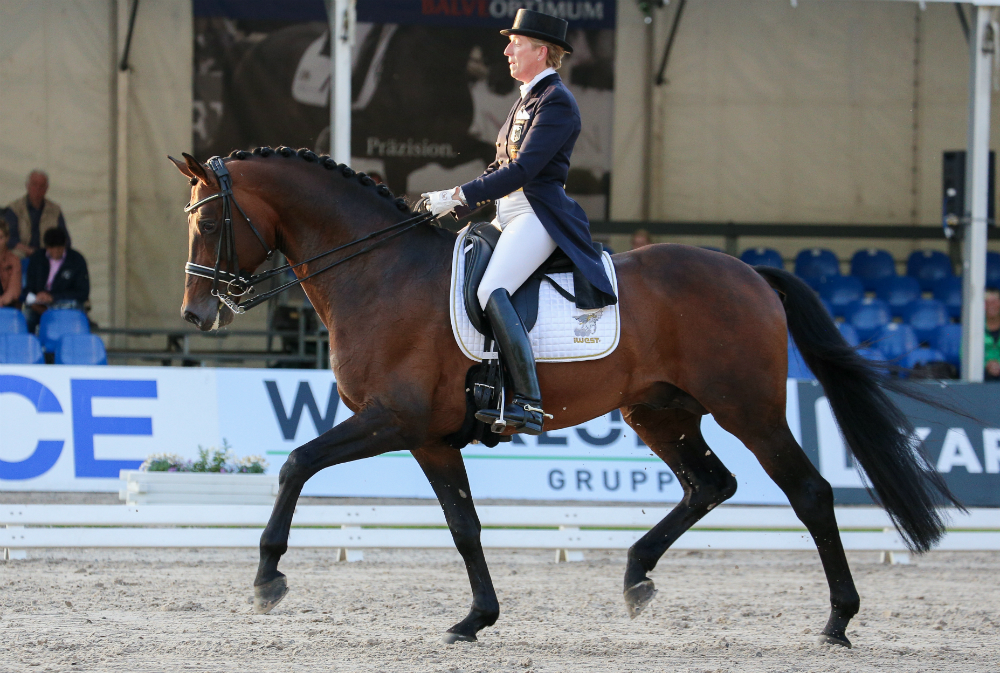 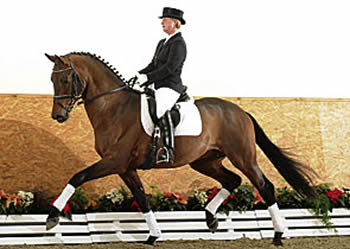 The judges at Redefin described him as a ‘Miracle Mover’ – “When he trotted through the indoor arena every part of his body was in motion.  He has an energetic leg action with fluent movement through the back”.

Karina Christiansen, the Danish breeding director described L’Espoir as “He is the prototype of the future dressage horse. He moves uphill all the time with swing and elasticity”.

L’Espoir achieved the highest ever score at the Danish 35 day test in 2009 with a score of 944, gaining 3 perfect 10’s – for canter and temperament and no score was less than 9. To date only 2 other stallions have exceeded this outstanding result. At the Odense CDI he was champion at the qualifier with 9.1 and 2nd in the final with 8.64. He has competed to Inter 1.

L’Espoir’s progeny are beautiful types that move with outstanding cadence and have wonderful characters and temperaments. Many are now competing at PSG/Inter l and qualifying for the Bundeschampionat.

L’Espoir is approved for breeding with most of the German breed societies including Hanoverian, Oldenburg, Mecklenburg, Rhineland, Westphalia , Finland and Danish Warmblood. His breeding index in 2017 was 152.   N/WFFS

His sire is Lord Loxley who was a former Bundeschampion and vice world champion, Lord Loxley’s sire being Lord Sinclair who was also a former Bundeschampion and Grand Prix winner. Both these sires are renowned for producing successful sport horses and approved breeding stallions and state premium mares. His dam is by the former State Stud stallion Warkat, again exceptionally well known for his offspring including the Olympic Gold medallist Wanesuela Suerte.

In 2018 2 of his offspring’s have been winning championships.  Lord Lennox ridden by Daniel Boldstom and the BD National Champion Wa’spoir ridden by Tracy Tomlinson. 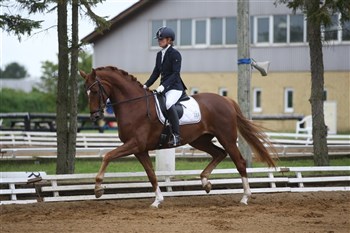 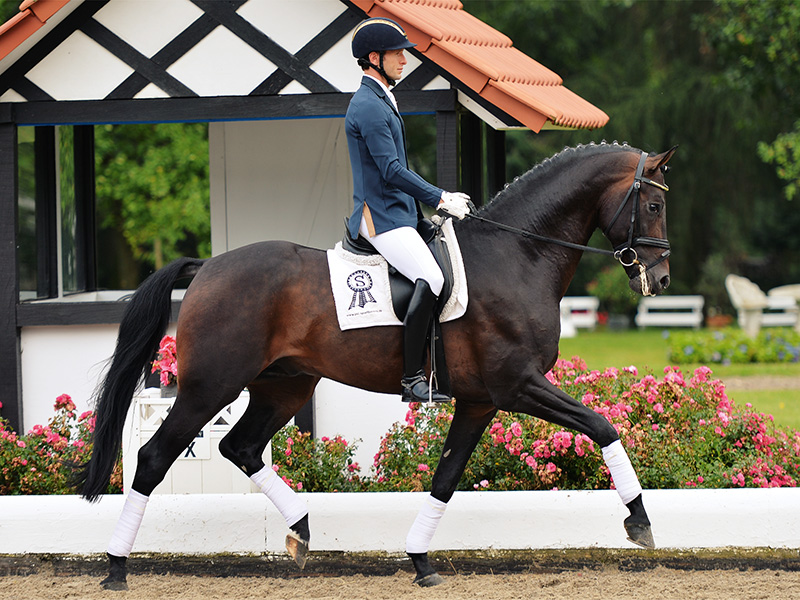 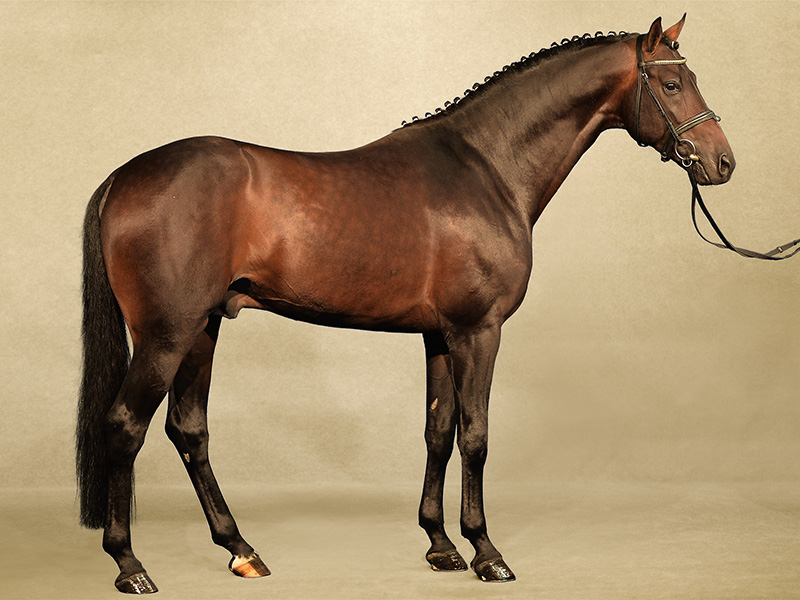 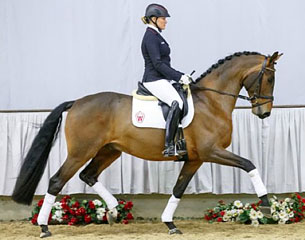 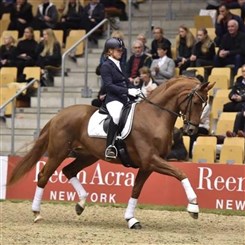 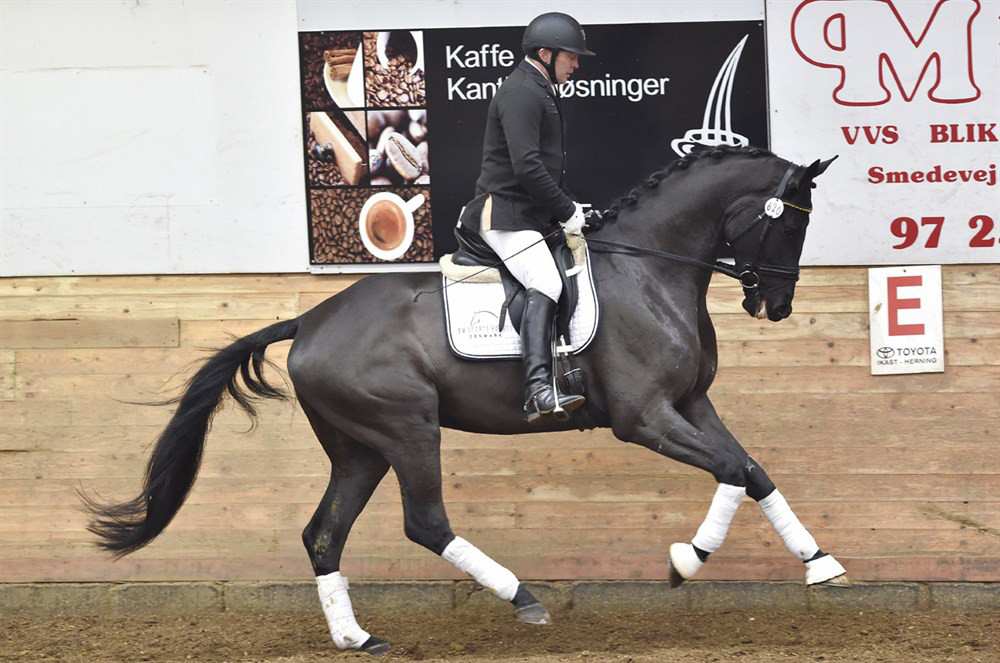 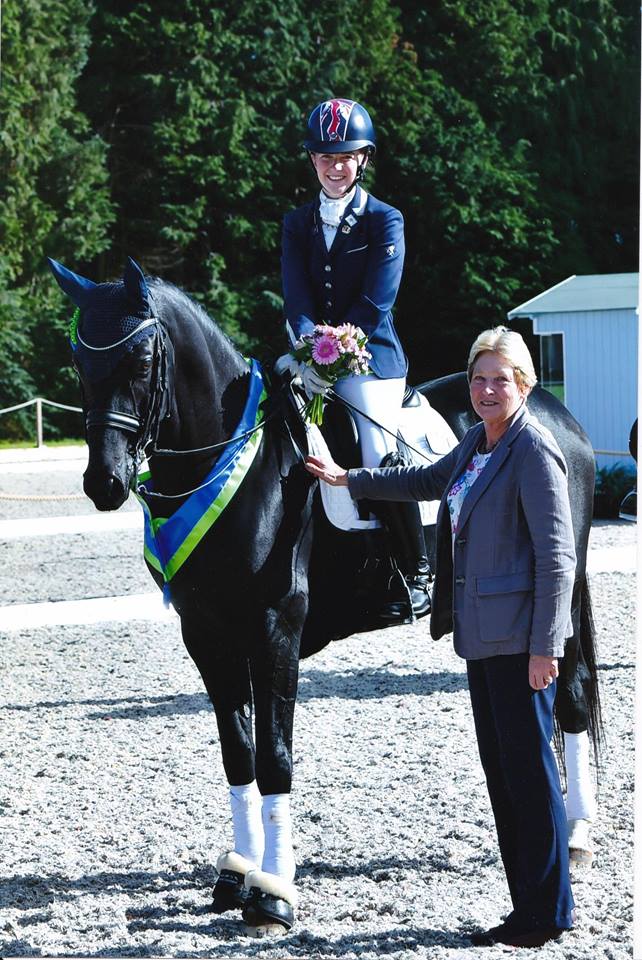