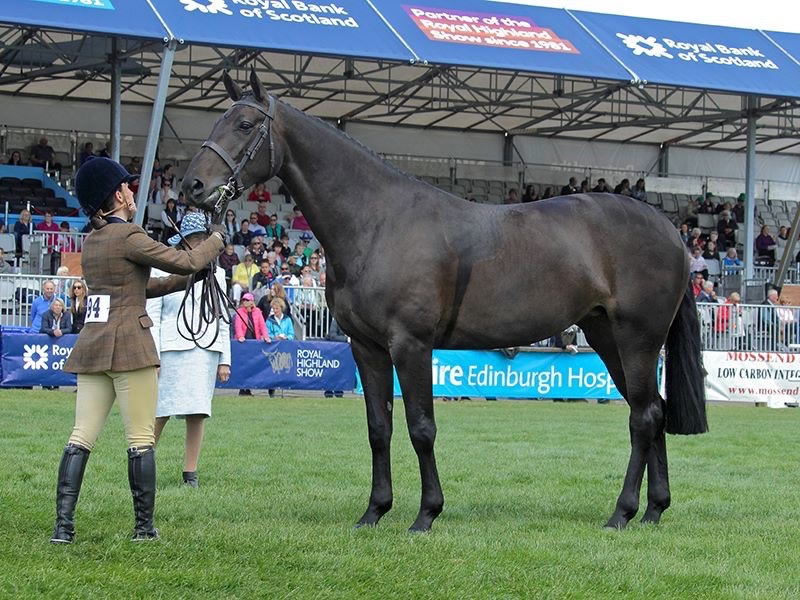 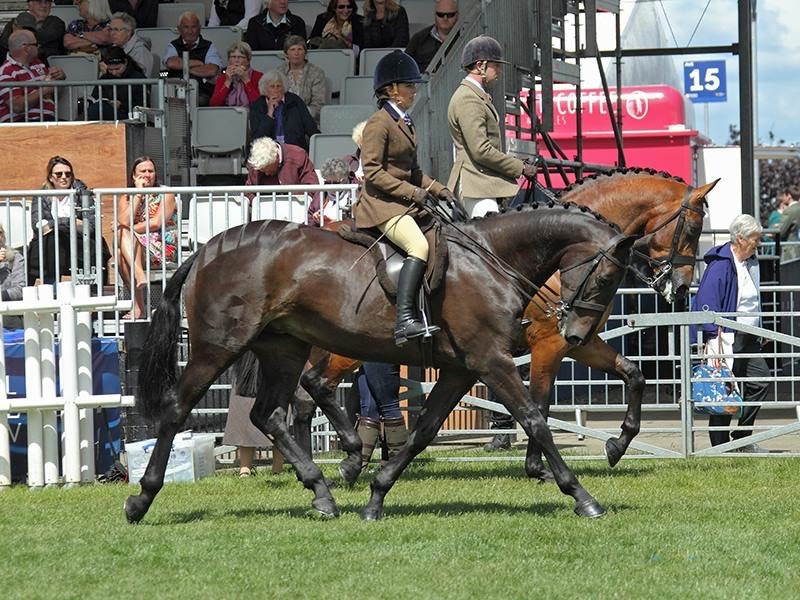 Burlesque’s dam , St Pr St De La Rosa (aka Belvedere) was a former breeding mare at the stud before her death. She was a finalist at the Oldenburg mare show in Rastede and gained the ELITE status from the Oldenburg society due to her offspring’s success. The Oldenburg Premium stallion Follow Him also derives directly from this dam line. 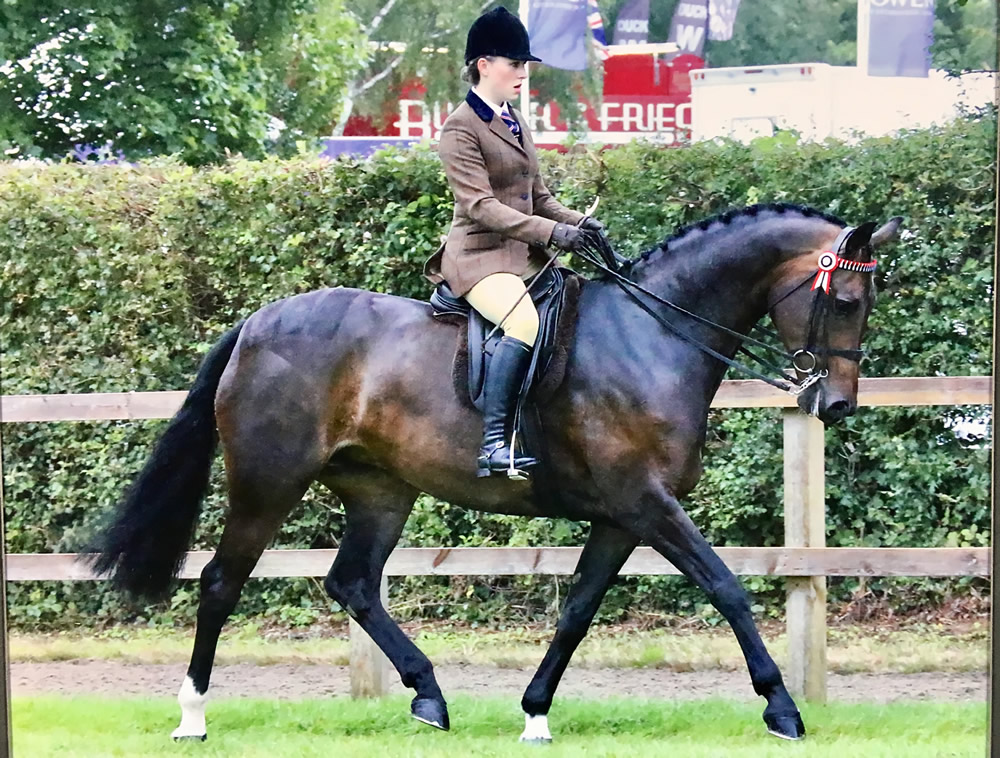 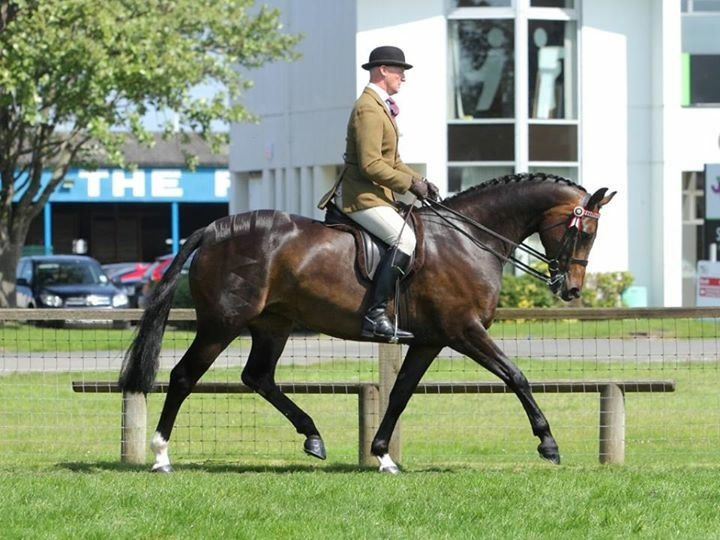 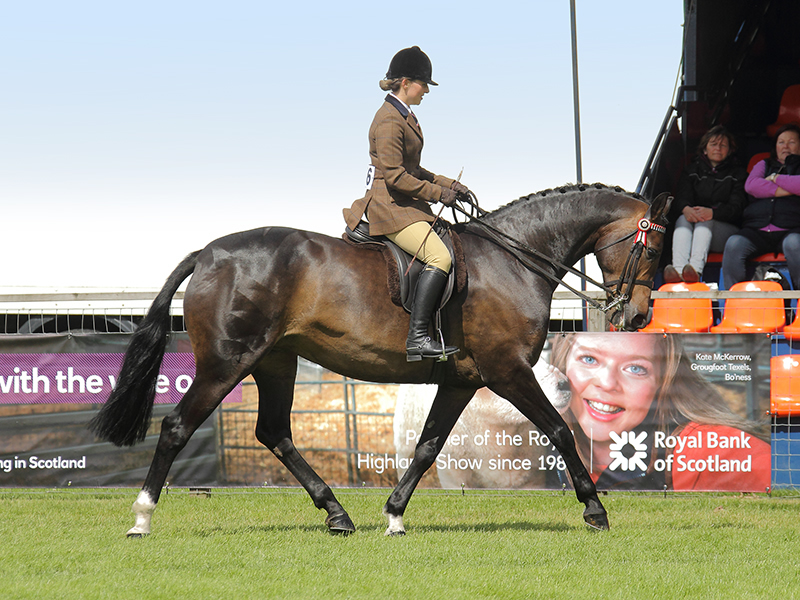 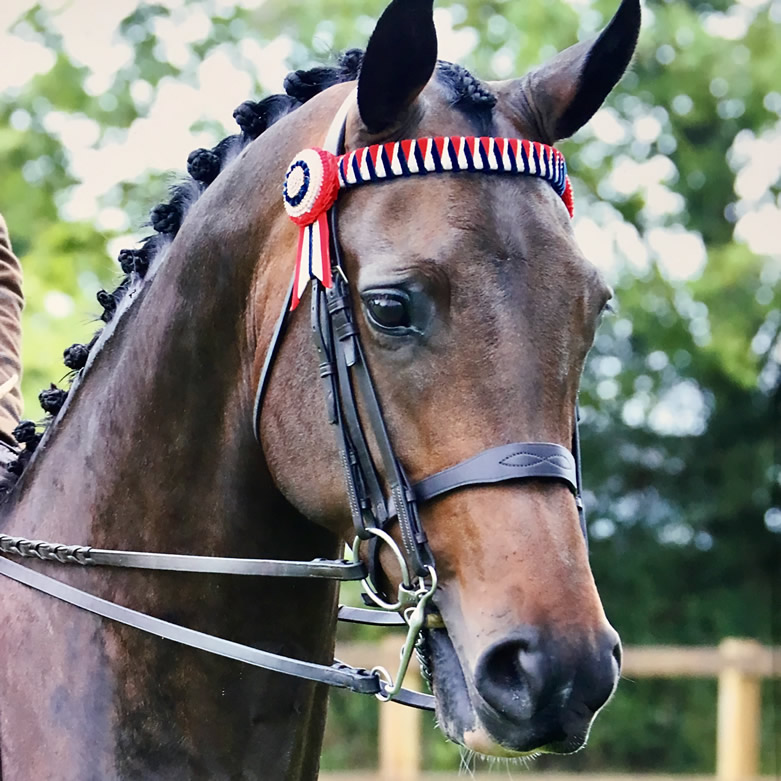 Romanno Rubin’s Devine is the daughter of my foundation sport horse breeding. Her sire is our former foundation stallion Rubin Star N and her dam was Broadstone Dubonnet who was by Demonstrator. Dubonnet was a former county show winner, BHHS annual points winner and all her foals received the Oldenburg Premium award. Sadly she died far to early in her life.

Romanno Rubin’s Devine had a short but successful showing career including qualifying for the RIHS and being placed 4th in a large class at the Royal Highland Show. She was Fife Show Champion, BSPS Scottish Champion. She is graded into the head studbook of the WBS-UK. Her first foal was sold to the USA. 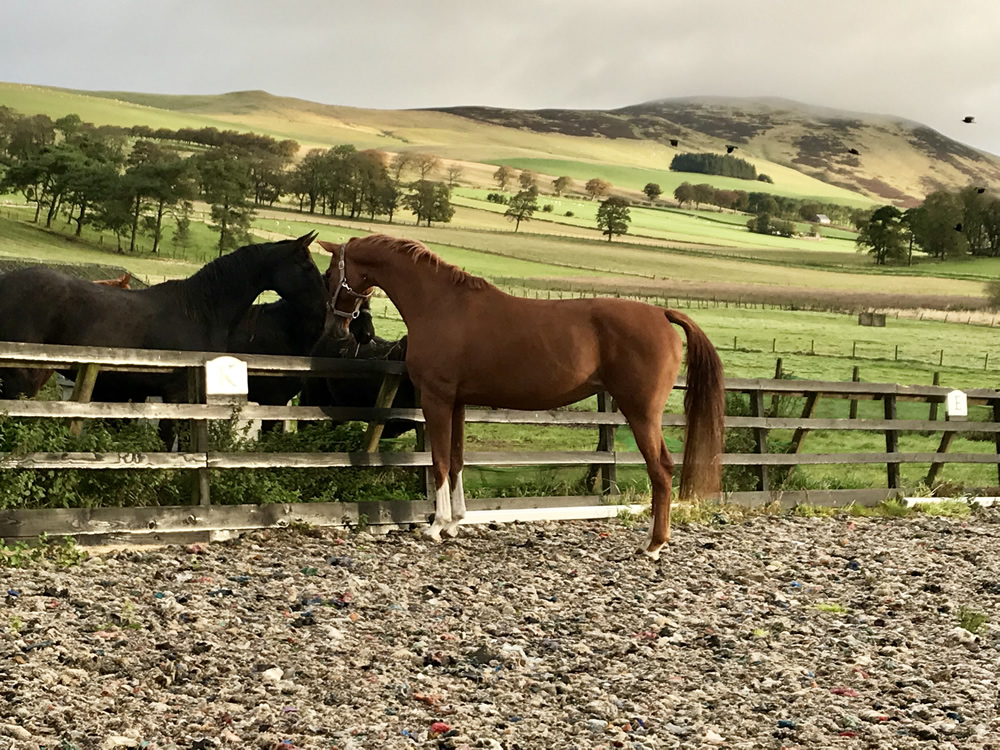 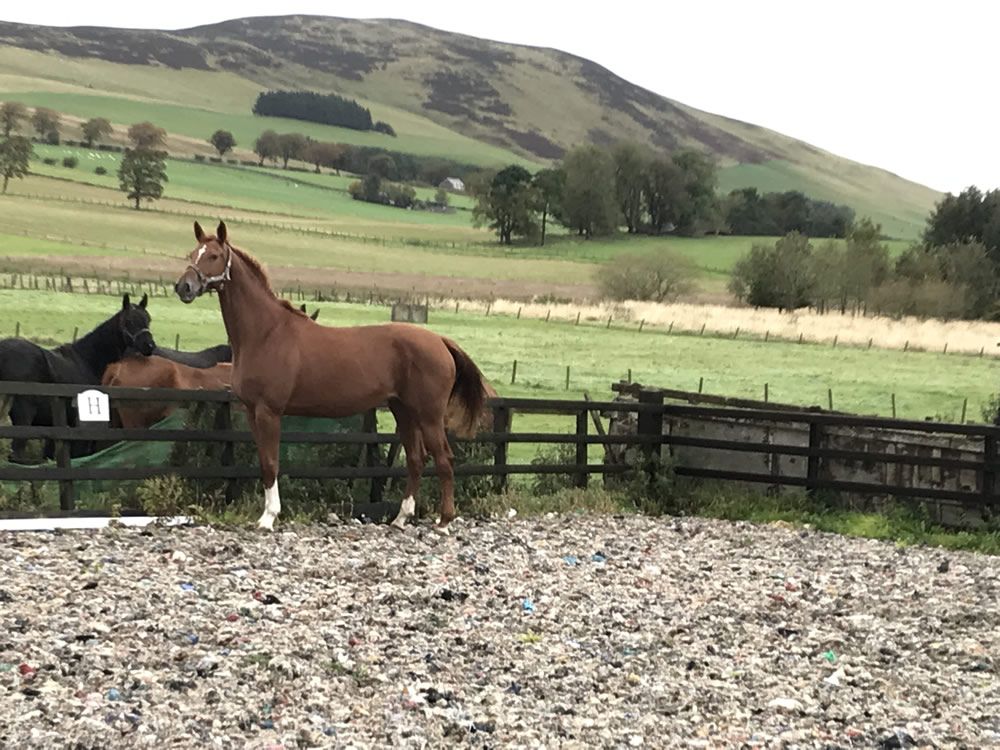 A very modern type of dressage mare who has huge uphill elastic paces and a mouth watering pedigree. She already successfully became a Verband Premium mare with the Oldenburg society and has bred very promising foals.

Her sire Sir Fidergold was a Premium stallion at his licensing and is a successful sport horse and breeding stallion. He was accepted for the Bundeschampionat and had the highest priced auction horse at the Westfalian Summer Auction in 20017 with Stravinski who sold for 57,000 euros.

The dam is by the legendary Grand Prix stallion Rubinstein and the grand dam by Weltmeyer both of these stallions needs no introduction as being two of the most prolific and successful dressage stallions in recent years.

This dam line is the DIRECT dam line of the Olympic stallion Damon Hill.  Sirtaki and Damon Hill share the same great grand mother. Sirtaki is the maternal half sister to Biedermeier who is competing at grand prix level. 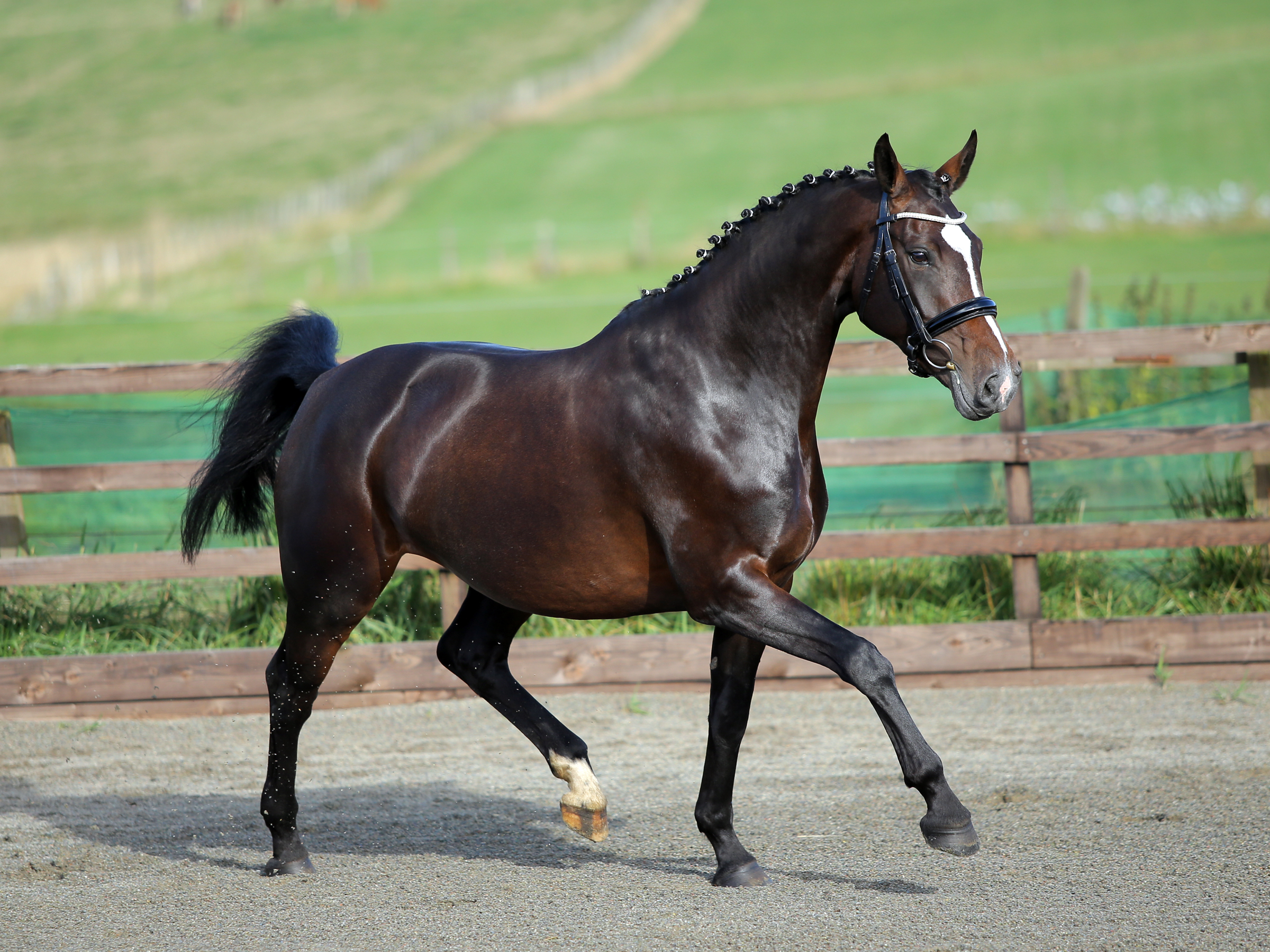 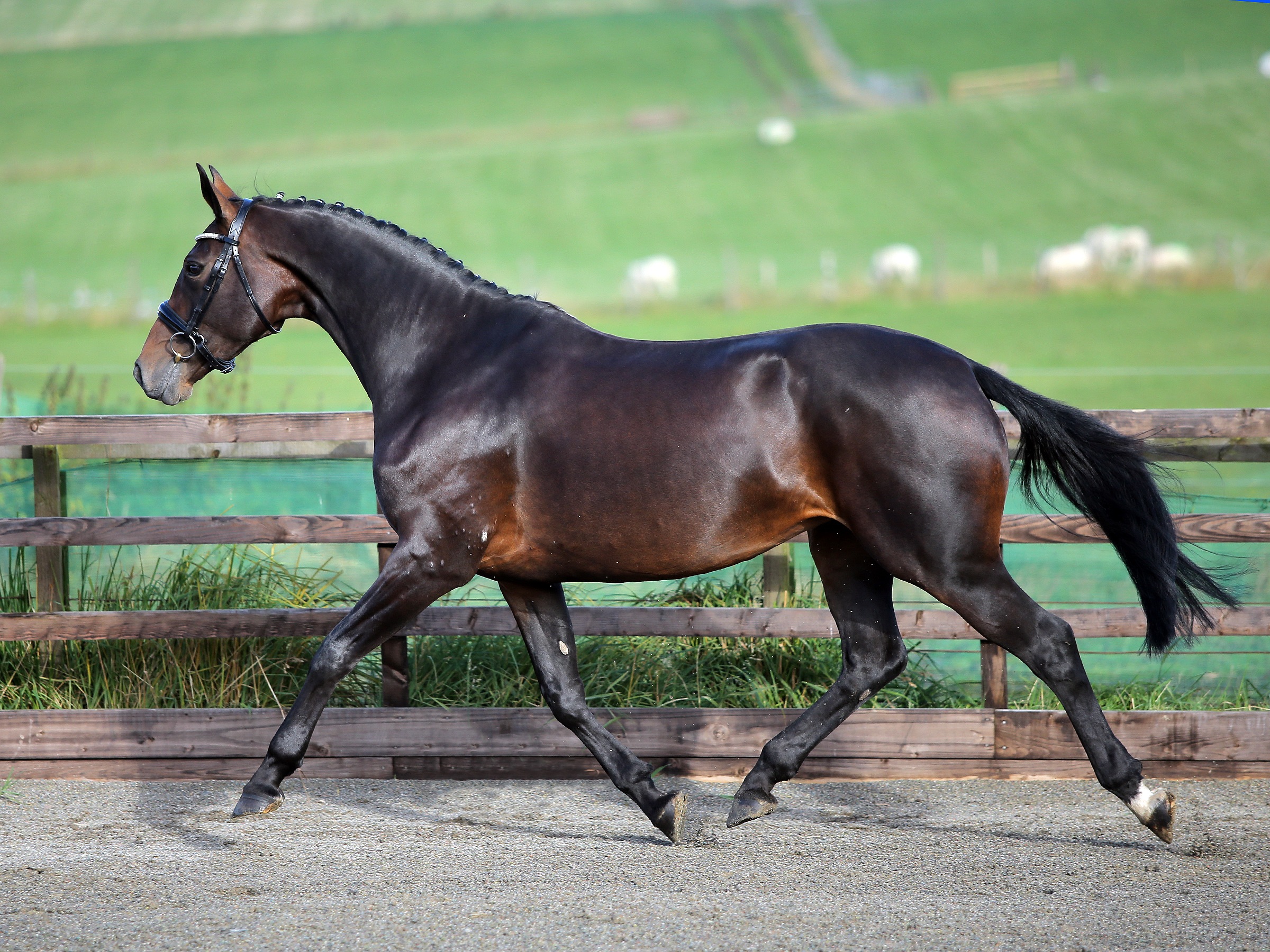 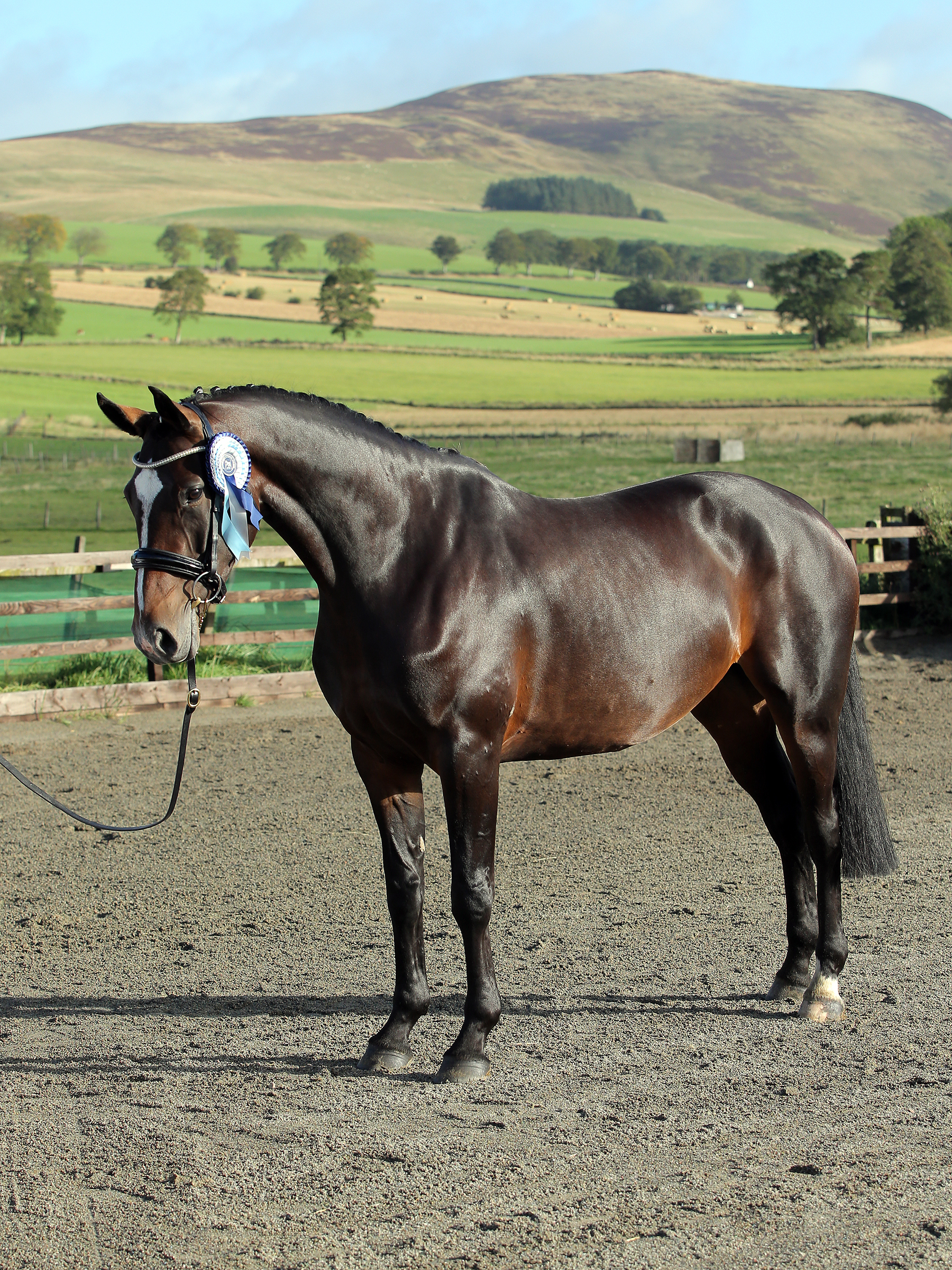 This very correct mare is sired by the studs foundation stallion Rubin Star N (Rubinstein x Ramino) out of a predominantly show jumping dam line with the famous Alme and Locarno in her breeding.

ZALMERINA is a very correct mare, gaining the prestigious “Premium” foal award from the Oldenburg society as a foal. She has also gained 3 HEAD studbook awards with the SPSS, SHBGB and the WBS-UK. She has a massive jumping ability and is also proven in the show ring winning as a youngster at the Royal highland and the Border Union. She was the SPSS Scottish Reserve Mare Champion in 2015. 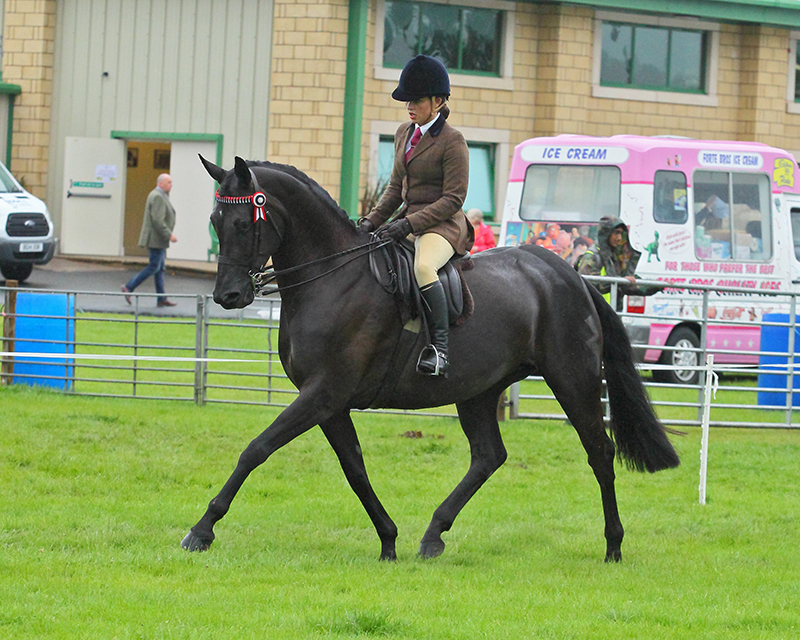 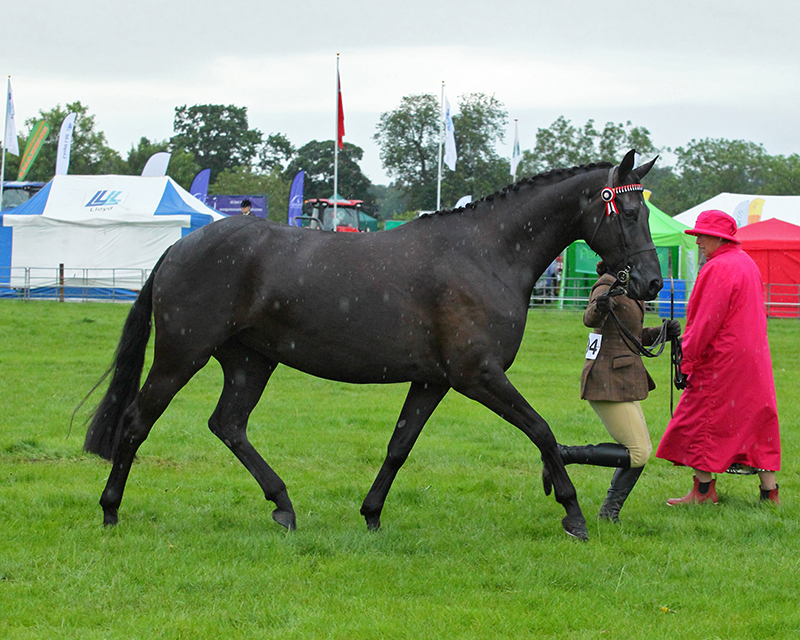 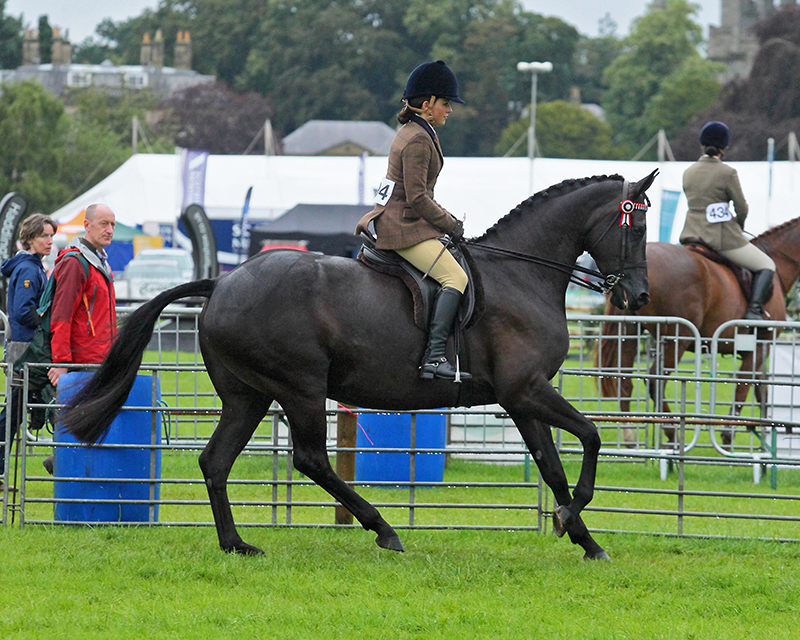 This stunning mare is one of the very last direct daughters of the legendary Rubinstein out of a dam by the renowned stallion Weltmeyer.

The dam was trained to grand prix level in dressage and her dam line stems from the TB line of the sire Mytens XX. From this dam line show jumping horses are more noteably seen competing upto 1.60m and at FEI level. World Diamant is the maternal half sister to the show jumping horse Kilian who competed at FEI level at 1.60. The stallion Salvador V by Calvados stems from this dam line. Many elite, keur, ster and pres mares are seen in the breeding.

Rubys Welt has been lightly shown in 2019 winning show classes and being highly placed a top county shows. 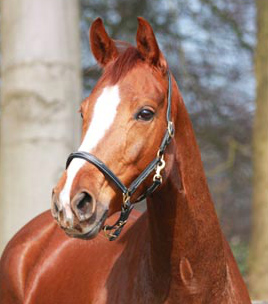 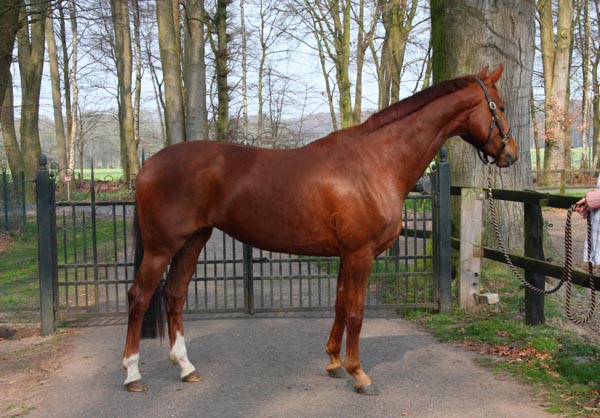 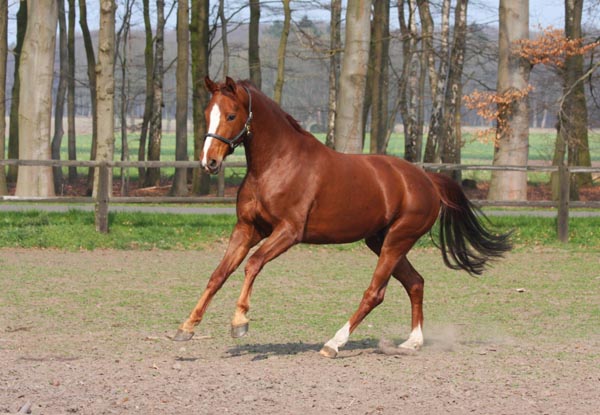 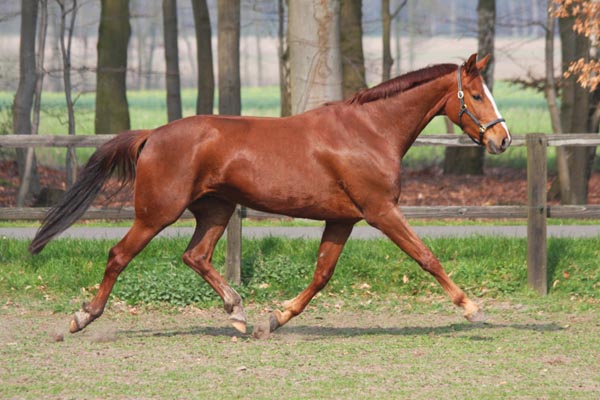 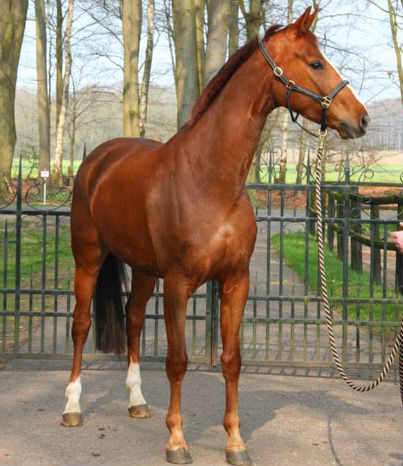 Her sire Sir Donnerhall is an exceptional sire of approved stallions, champion spsort horses, Bundeschampionat finalists, auction horses and state premium mares. He won the Bundeschampionat, was Vice World Champion and was the winning stallion at. his licensing where he achieved the top score of 163 in the dressage index. In 2010, three Vice Bundeschampions were sired by Sir Donnerhall: North Rhine-Westphalian champion stallion Silbermond, Apassionata and the approved stallion Snap Shot, plus two silver medal winners. One of his sons sold for EUR 300,000 as the most expensive stallion at the 2010 Hanover licensing and he produced two premium status Oldenburg stallions, plus two approved sons in North Rhine-Westphalia. He also sired high-priced elite foals and auction horses – the horse that received the highest bid of EUR 127,000 at the Hanover Elite Auction was by Sir Donnerhall. In 2009, North Rhine-Westphalian champion stallion Silbermond was the most expensive non-approved stallion in Hanover, selling for a price of EUR 195,000. In 2008, Sankt Hülfer sold at auction in Vechta for EUR 300,000 and Schickeria sold for EUR 355,000 in Handorf. Sir Donnerhall’s first crop of foals included South German champion stallion Sir Nymphenburg.

Sir Donnerhall’s pedigree contains the perfect combination of genes from Sandro Hit and Donnerhall. His dam, Contenance D, was “Brilliantring” mare in Rastede and she is also dam to approved stallion Sir Donnerhall II. 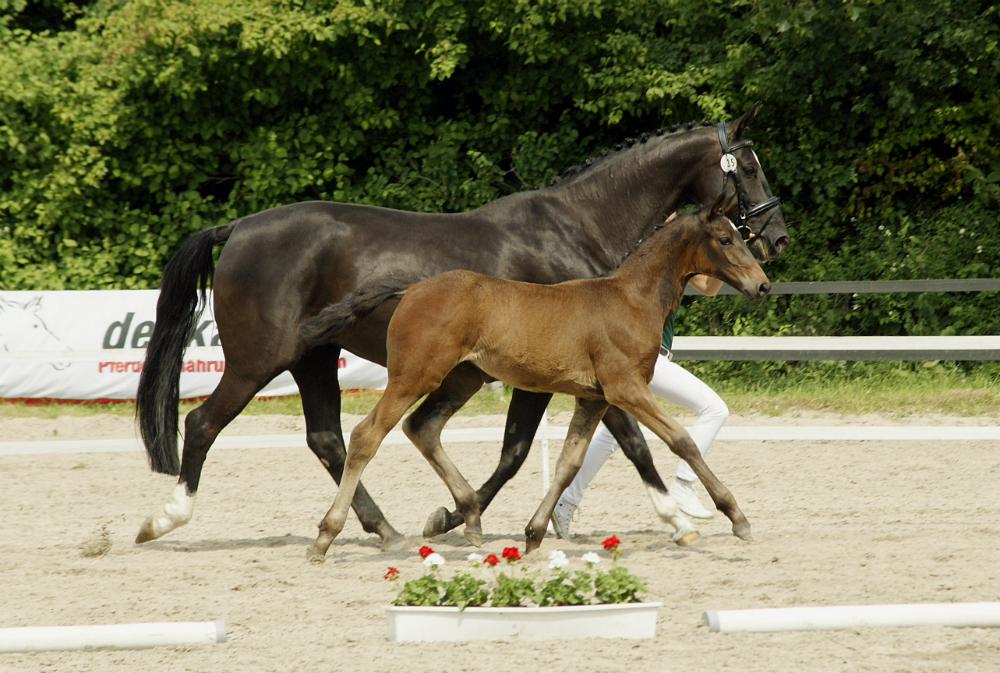 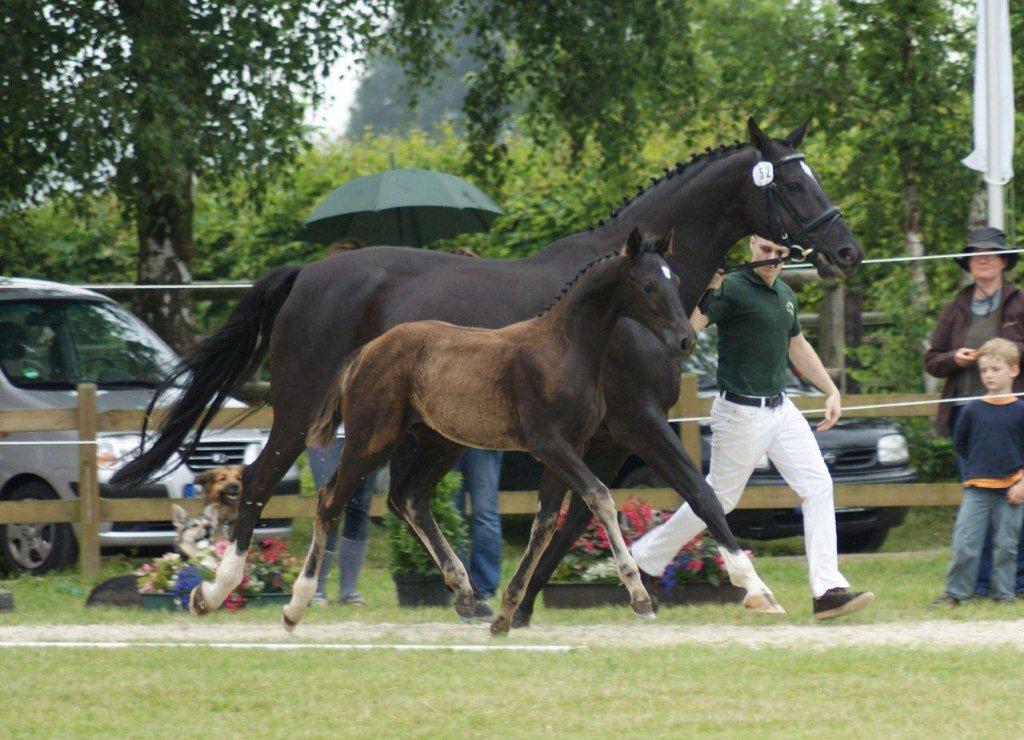 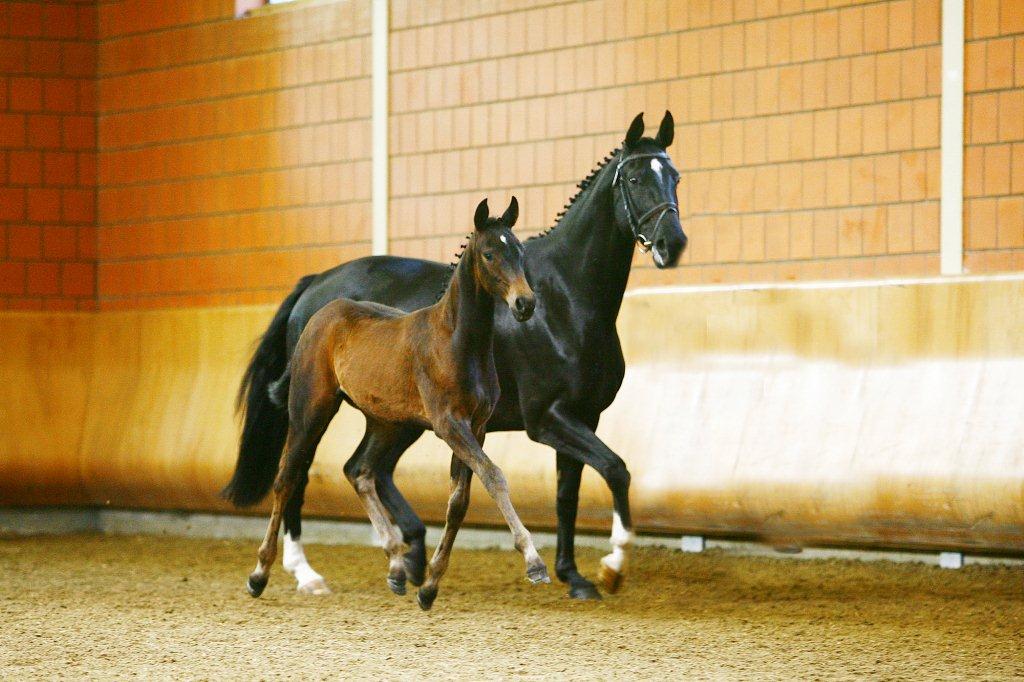 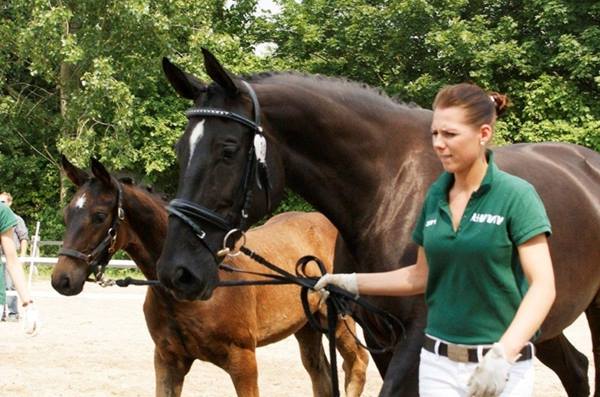 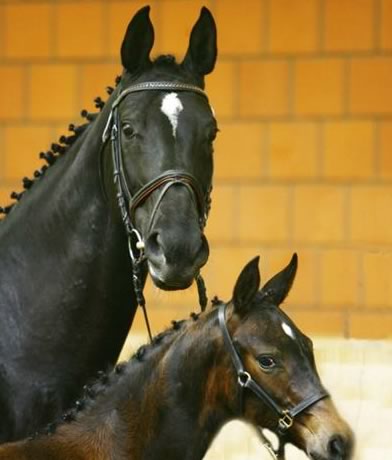 Her sire Metternich is a hanovarian stallion by the remarkable anglo arab stallion Matcho. The dam line is extremely successfull, the granddam Ellinor and her sister were federal mare winners at shows. Metternich is best known for producing very rideable horses who possess wonderful characters, huge jumping ability and a very good ground covering walk. He is the sire of many successful jumping and dressage horses

The dams sire Rubinstein features in our stud many times. Our stallion Rubin Star N and the mares Deliah G & Dein Lady are both direct decendants of the world wide renowned sire Rubinstein. Rubinstein had 40 wins at grand prix level, was a member of the 1996 olympic team, sired 89 state premium mares and 66 approved stallions and was the father of top auction horses and grand prix winners. Some of his successful offspring were the stallions Rohdiamant the olympic competitor Relevant. Rubinstein features in many top dressage horses and he is known to produce very rideable horses with the best characters, walk and trainability. 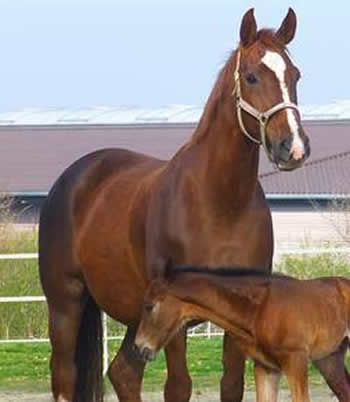 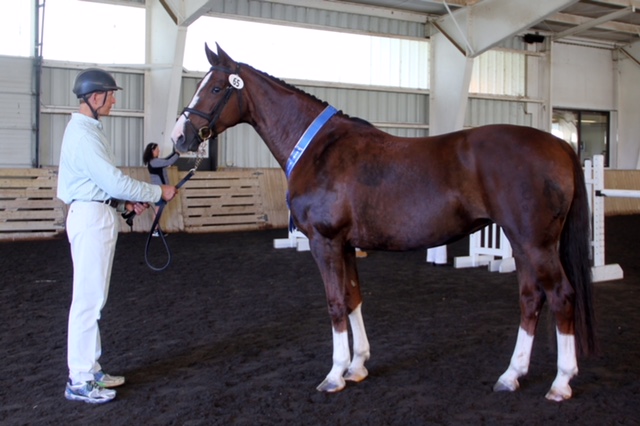 Darling is by the legendary leading breeding sire De Niro who needs no introduction as one of the most dominanat breeding sires in modern times. De Niro was the sire of the largest number of dressage horses in both the 2012 and 2016 Olympics.

His offspring are too many to mention but with over 36 Hanoverain approved breeding sons, 134 state premium Hanoverian mares and with over 31 offspring in sport that have earned over 10,000 euros his success speaks for himself. De Niro’s sire was non other than the legendary Donnerhall.

Darling’s dam, Wanda was the 2011 Hanoverian mare champion. Darling is the FULL sister to Dablino FRH ridden by Anabel Balkenhof who were bronze winners in the 2012 Olympic dressage team for Germany. Darling is also the FULL sister tot he approved breeding stallion D-ONLINE who successfully competed to Inter 1.

Darling is the dam of numerous Oldenburg Premium foals and also the American Hanoverian mare Champion. 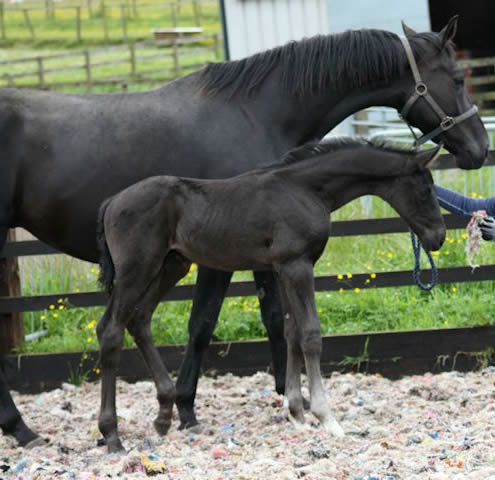 By the champion stallion Bordeaux out of our mare Deine Lady this black beauty inherits a superb dam line with legendary proven breeding of the very best – Rubinstein x Donnerhall x Pik Bube.

This mare’s dam is the direct maternal half sister to the Oldenburg stallion champion and grand prix winner – Sorento Old. The dam is mother to the GP mare DORINA. From this dam lines derives the stallions and grand prix horses Aktuell, Pommery, Konsequent, Versace T, DORINA, Tempi Passati and Nathanel.

Modern athletic mare who has produced only to date Premium foals which are now competing at the British Dressage National Final Championships and gaining higher 1st premiums at the BEF Futurity.

She is the full maternal sister to the Premium stallion and former Shearwater Supreme Champion Romanno Ruinart and also the Elite & verband Premium mare Bonita who is the dam of 2 Premium Oldenburg stallions Feu D’Or (gestuet Bon Homme) and Sir Niro. She is the maternal half sister to Romanno Bedriska who was the 2012 HOYS Supreme In Hand Champion. Romina’s dam is the studs State Premium & Elite mare De La Rosa (aka Belvedere). The Oldenburg Premium stallion Follow Him also derives directly from this dam line.

Modern athletic mare who has the Olympic blood of her sire and the fabulous De Niro blood on her dams side.

She is the maternal half sister to the Premium stallion and former Shearwater Supreme Champion Romanno Ruinart and also the Elite & verband Premium mare Bonita who is the dam of 2 Premium Oldenburg stallions Feu D’Or (gestuet Bon Homme) and Sir Niro. She is the maternal half sister to the studs own brood mare Verband Premium Romina. She is the full sister to Romanno Bedriska who was the 2012 HOYS Supreme In Hand Champion. Romina’s dam is the studs State Premium & Elite mare De La Rosa (aka Belvedere). The Oldenburg Premium stallion Follow Him also derives directly from this dam line.

Quando Quando by Quattro B 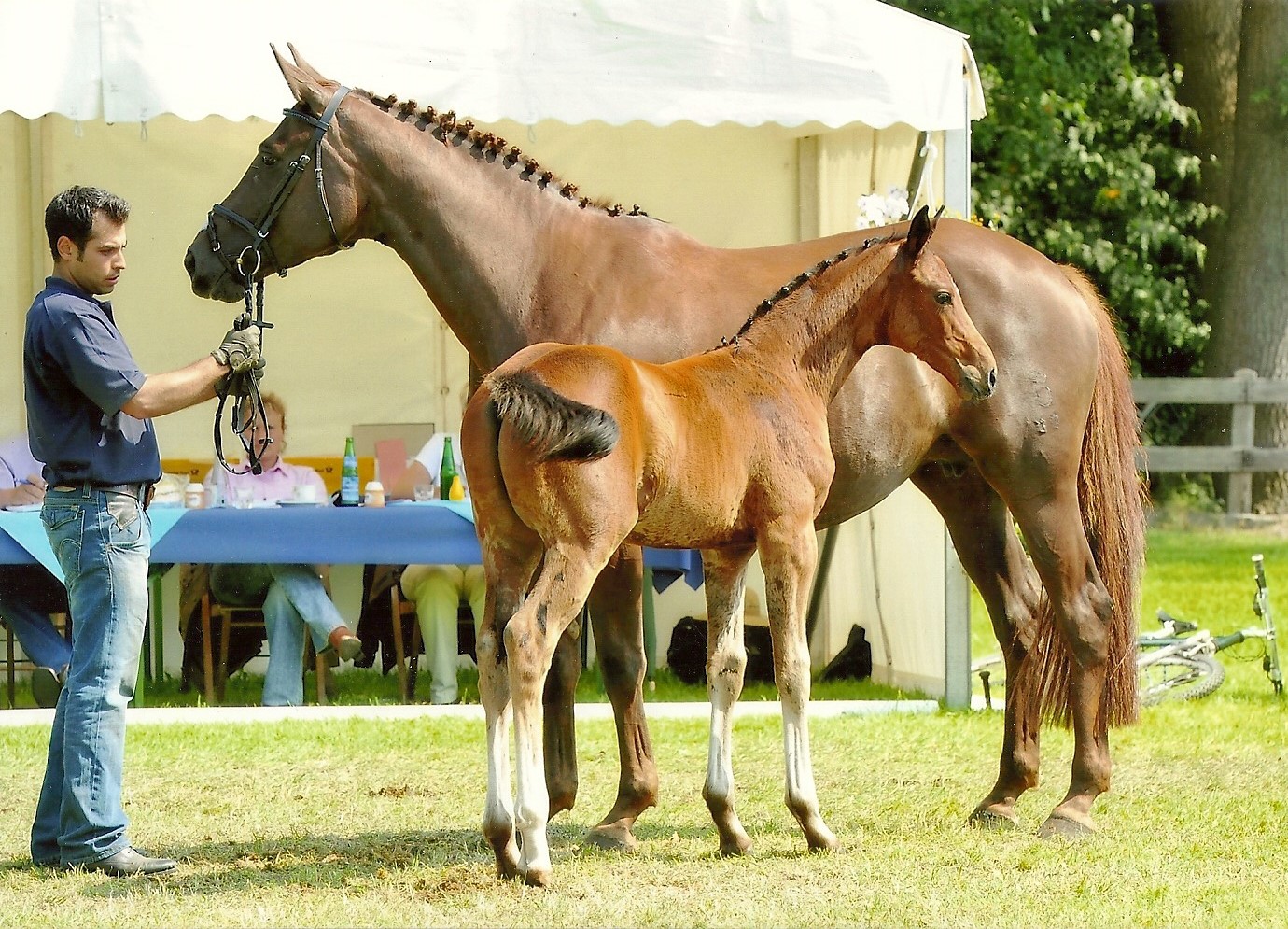 This mare not only is a state premium mare but has also gained the ELITE status due to her offspring being so successful in sport and breeding.

She is the FULL sister to the grand prix stallion Fackeltanz ridden by Dorothy Schneider. Her dam was the Hanovarian mare champion in 1996. From this very well known and saught after line stems numerous stallions, sport horses and auction horses. Some stallions include Shepard Hit, Diamonit l & ll and Dr Bon Jovi.  The GP horses Diamonds Diva and Diamonit II and the SJ horses Pavaroti (1.40), Golistan (1.40) and Smarty (1.45) derives directly from this dam line. 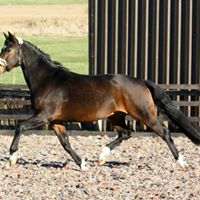 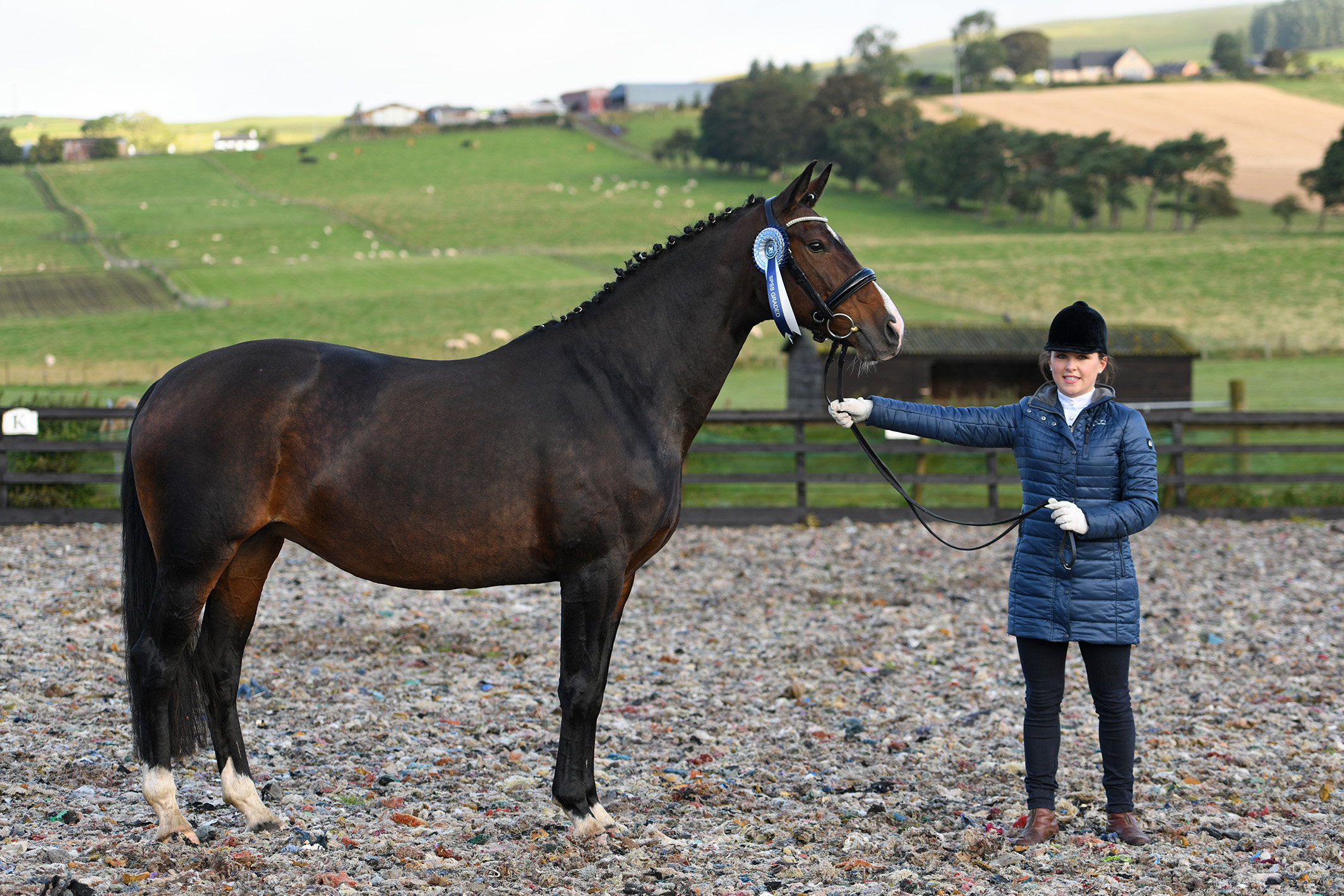 Very elegant mare by the studs former stallion Serano Gold who stems from one of the oldest and most dominant Oldenburg mare lines in Germany the “Eskoria” dam line.

The dam, Escape is from another famous German dam line of “Egale“. This mare is a direct relative to Don Deluxe the Oldenburg 2013 Champion stallion who sold for 910,000 euros. There are so many approved breeding stallions and successful sport horses from this dam line that i mention only a few – Impuls, Remy Martin, Dark Sensation, Fats, Showstar, Elisienne, Hadrian and the Oldenburg mare saddle champion Sunday morning.