It is with deep sadness I can report the passing of our wonderful foundation stallion RUBIN STAR N (Rubinstein x St Pr St Carell), bn 1991 (nearing his 27th birthday) due to old age and related health issues.

RUBIN STAR N was undoubtedly fundamental in achieving the initial success of Romanno Stud and putting our name onto the international circuit. Purchased in 2003 from Paul Schockemohle, he was a horse that captured everybody’s heart with his amazing character and very soon became an integral part of the family and also the yard.

He was the champion stallion at his performance test gaining high marks for both the dressage and showjumping phases. He gained the maximum of 10 for both the willingness to learn and temperament assessments.

He successfully competed at intermediate 1 level and was himself highly placed in the final of the Bundeschampionat final. He was the series winner and most successful dressage stallion in his age group at the DHV Stallion Tournament in Euskirchen.

He will be sorely missed at the stud but remains present in his daughters that we have and we are lucky to have 2 foals due to him out of wonderful mares in 2018. We are also thankful to have frozen semen taken from him when he was in his prime. 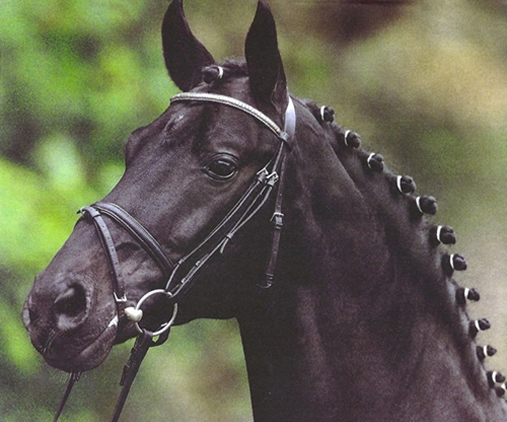