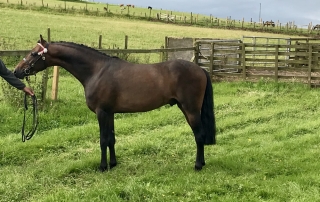 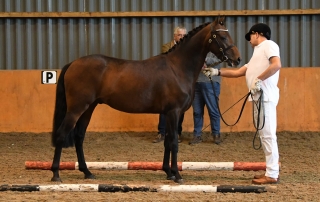 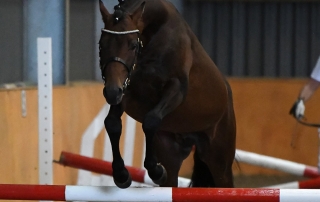 Exciting young stallion promises to be a dual producing stallion of show and sports progeny. Although un shown to date, Last Chat has already produced a first crop of very promising foals and was accepted after assessment with the SPSS as a breeding stallion with their society. He combines proven bloodlines in both the show and sports sphere.

His sire, Deanhills Royal Jubilee, as resident stallion a the stud, was unbeaten as a yearling in 15 outings. He was the NPS Young Stallion Of The year award winner TWICE and has produced HOYS offspring and many sport ponies including BSJA champions and racing ponies.

His dam, Radway Small Talk was one of the most consistent champions on both the ridden and in hand showing circuit for many years. She was Champion ISRT at HOYS and was placed in the top 4 in hand section at HOYS several times. She was supreme champion BSPS, Royal Highland Show and Great Yorkshire Show and many more.