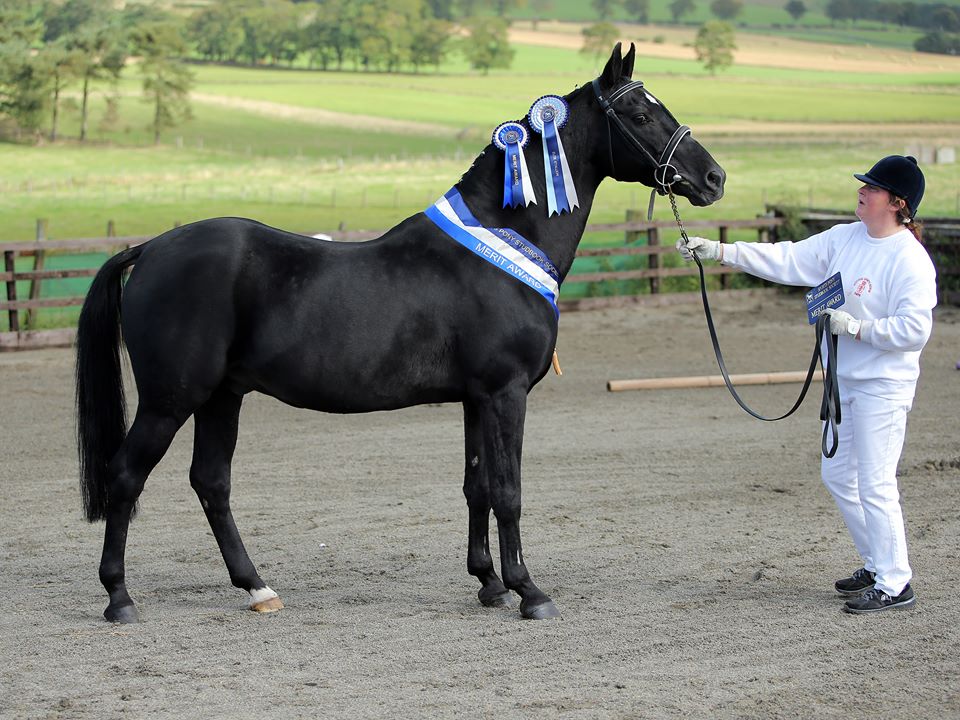 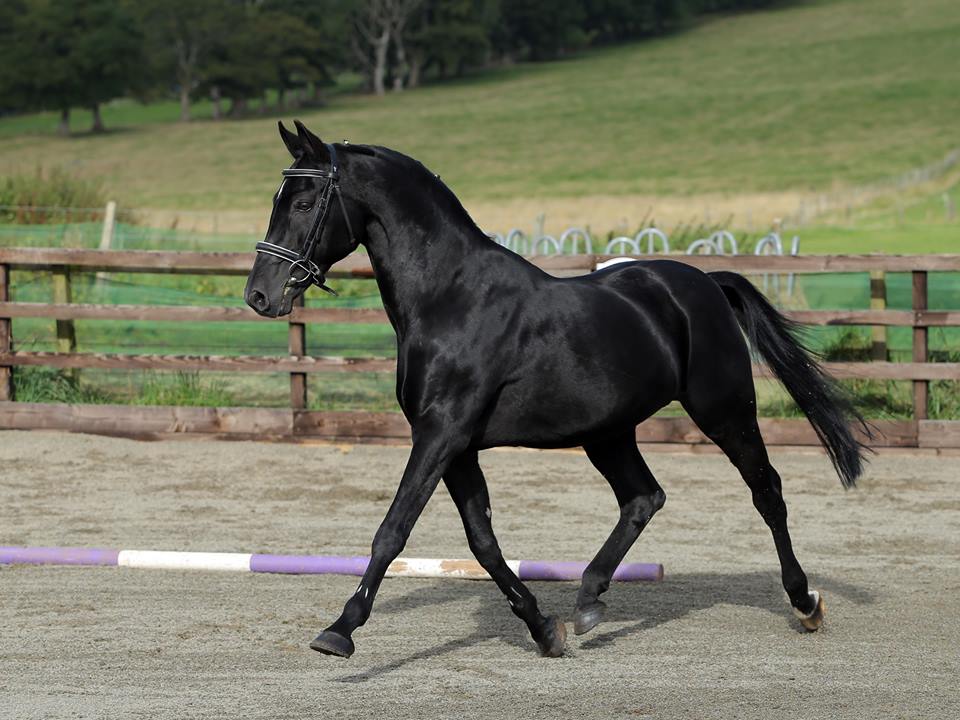 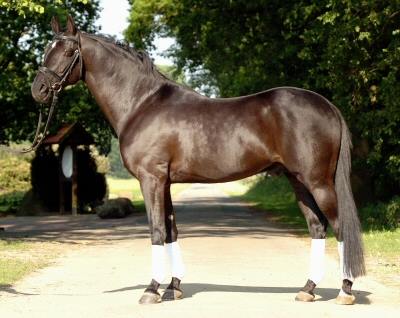 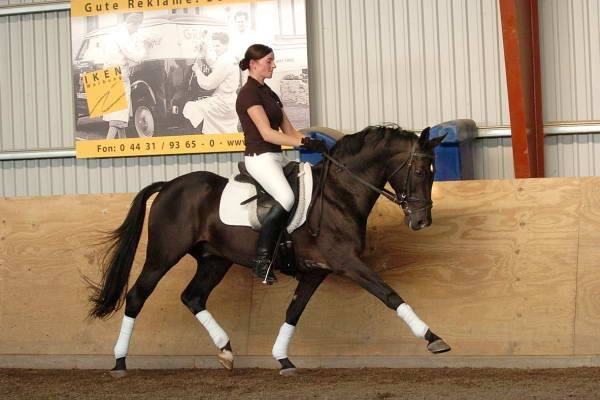 Elite & premium stallion – Within this interesting pedigree the outstanding qualities of legendary dressage ponies have been united to present a pony stallion of an extraordinary class.

Not only well established in the German breeding scene with his appraised and approved sons and daughters, Boss Junior successfully completed his 30 day ridden test as a young stallion with an honourable score of 8.36. He also gained the “Premium” title. Boss Junior’s offspring inherit his charisma, dynamic action and competence. He gained 9’s in his walk, canter and rideability as well as character and willingness to learn
Boss Junior gained his ELITE status in 2010 due to the large number of successful offspring including the Best Before Midnight & Pyrmont’s Bolero. Over 80% of all his foals gain the prestigious PREMIUM title. His breeding is outstanding, deriivng from the most amazing dam line. He has numerous offspring competing in dressage, showjumping and driving including Calenberg’s Tiberia, Calenber’s Bandit, Viktoria, Rosebud, Benny, Bacardi, Prymont’s Bombastique, Brighton and Tamina. His offspring are also winning championships in the show ring including Romanno Pretty Lady who also gained the “gold premium” award as a yearling with the SPSS.

His sire BOSS who is also an ELITE stallion with much nobility and impressive qualities of movement. He was the Reserve Champion of the stallion licensing with the dream score of 10 in the overall impression, as well as several National Championships participants. Boss already presented with his first vintages several licensed sons and several state premium mares. At the National Championships, his descendants were able to maintain very good. On the Federal Mare Show in 1996, he presented his daughters, Champion family. He could also make the reserve champion of the young classes with his daughter Moonlight Girl. In 2000, he presented again with Moonlight Lady a Federal Reserve Champion Mare, and three daughters, the Federal Reserve Champion family. In 2003, the only 6-year-old Colourful by Boss qualified for the German championships and was victorious against large horses in dressage class M. Boss has sired numerous approved breeding stallions including Boss Junior & Offshore Energy.

His dam St Pr St Moonlight won the class of the mares’ families at the National Mare Show in 1996. At this same show her daughter, Moonlight Girl, became Champion of the younger mares. Moonlight participated at the Bundeschampionships and has produced many licensed stallion sons and State Premium daughters. Moonlight’s sire, Night-Star I, won his Stallion Licensing and Stallion Performance Test and then became the Reserve Bundeschampion of the jumping ponies. At this time he was the most successful and desired stallion in Westphalia. He produced many licensed stallions, among them several licensing champions, including the European Champion, Nelusko. Many daughters were awarded the title of State Premium, and several were Champion or Reserve Champion of the Elite Mare Show in Westphalia. Night-Star I was sold to Brazil where he has continued his career. Moonlight Lady, is a States Premium mare.   She passed her Mare Performance Test with a score of 7.94 and twice participated at the Bundeschampionships.  She was Champion of her class at the Bundes Mare Show in 1996 and became Reserve Champion in 2000.  She is the dam of Premium stallions, Ombri B and Ontonio  site inspection Champion in the U.S.  Two of Moonlight Lady’s full brothers are licensed stallions: Boss Junior and Ballentines.  Another full brother, Boss Bunter, is a member of the Dutch A-cadre team.  Moonlight Lady’s full sister, Claire de Lune, was Reserve Champion at the Bundes Mare Show in 1996 and a finalist in the 6 year-old Dressage Ponies at the Bundeschampionate. She was imported to the United States, and under rider/owner Martha Goodney she was the 2007 Dressage Association of Southern California Pony Champion, 4th Level Reserve Champion, and Freestyle Reserve Champion.  The grand-dam, Moonlight, passed her Mare Performance Test with a final score of 8.6, and won the Bundes Mare Show Champion Mare Family with her daughters Moonlight Lady and Moonlight Girl.   From this dam line, there are many highly successful sport ponies.  Merci I (hunter pony in Spruce Meadows, Canada), Nevado (highly successful eventing pony in Hessia), Night Fire (licensed stallion and successful up to M-level jumping classes), as well as the most successful German jumping pony at the last European Pony Championships in Freudenberg – Sunny, who is ridden by Erica Swartz from Sweden.   This pair has competed three times at the European Jumping Championships!

Moonlight is also the dam of Mirage by Voyage, who is a broodmare at the ROMANNO STUD. Mirage’s stallion son Adonis is in the USA and is a champion dressage stallion. Her daughter Mystyque is owned by my daughter who is currently contesting her successfully in the show ring, already winning championships and was the SPSS Supreme mare champion in 2015. Her son Romanno Willow The Wisp has been a huge championship winner throughout Scotland. Mirage herself was shown lightly in 2013 and was CHAMPION twice at CUMBERLAND COUNTY SHOW, winning both the Overall Arab and NPS Silver Medal Riding Pony Breeding Championship.

Boss Junior will bring to breeders in the UK a fabulous chance to use a proven successful sporting pedigree. His offspring inherit his wonderful easy temperament, fabulous paces and also his dark coloured coat. They will be top show ponies and horses and all his offspring are eligible for part bred arab registration and part bred welsh. He is homozygous black.

No longer at public stud 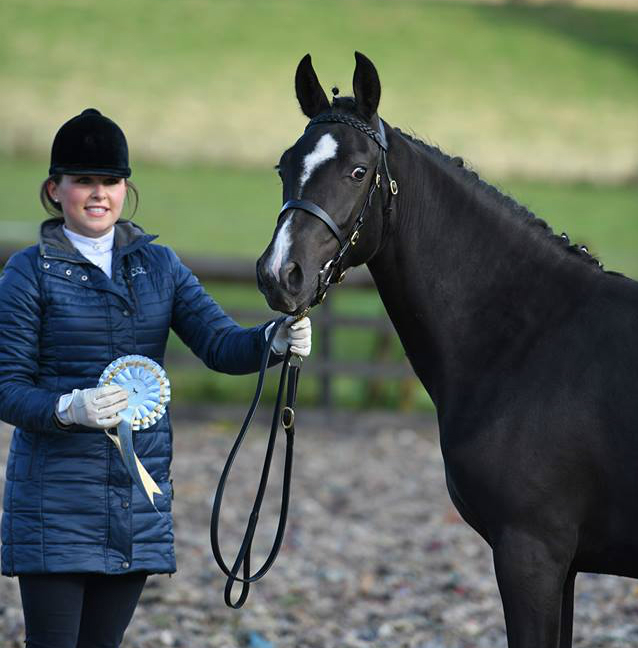 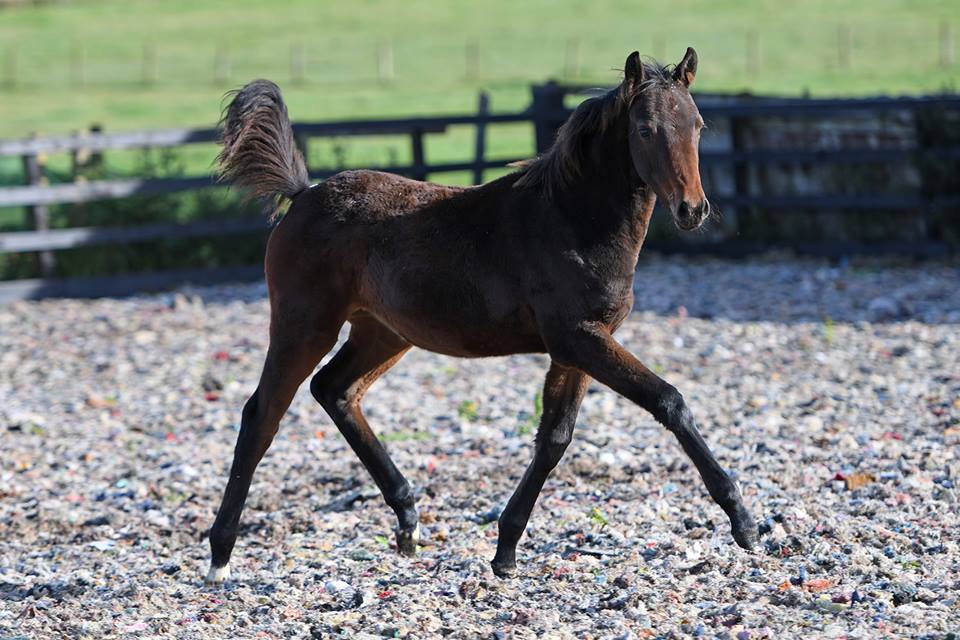 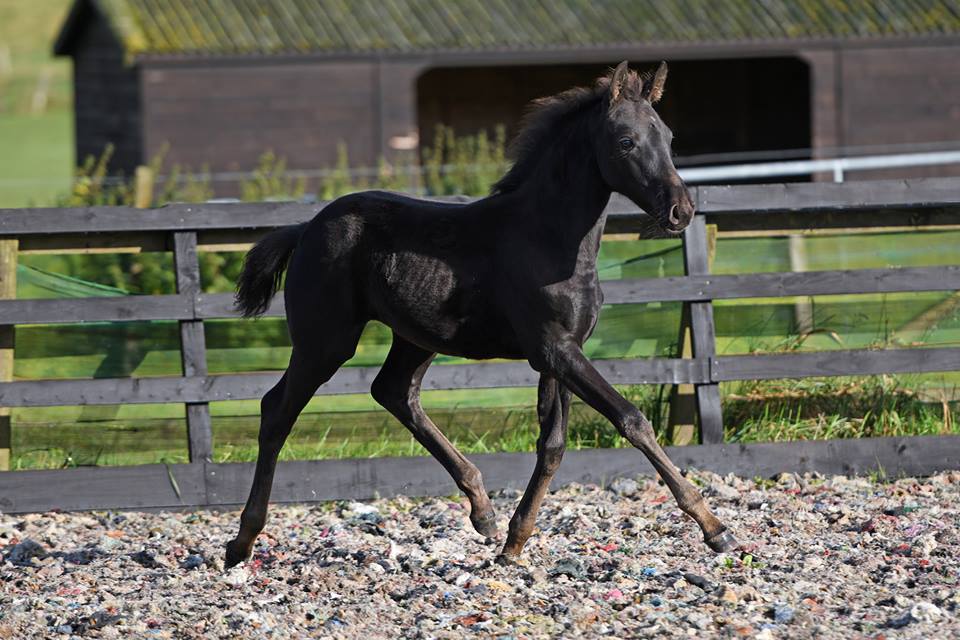 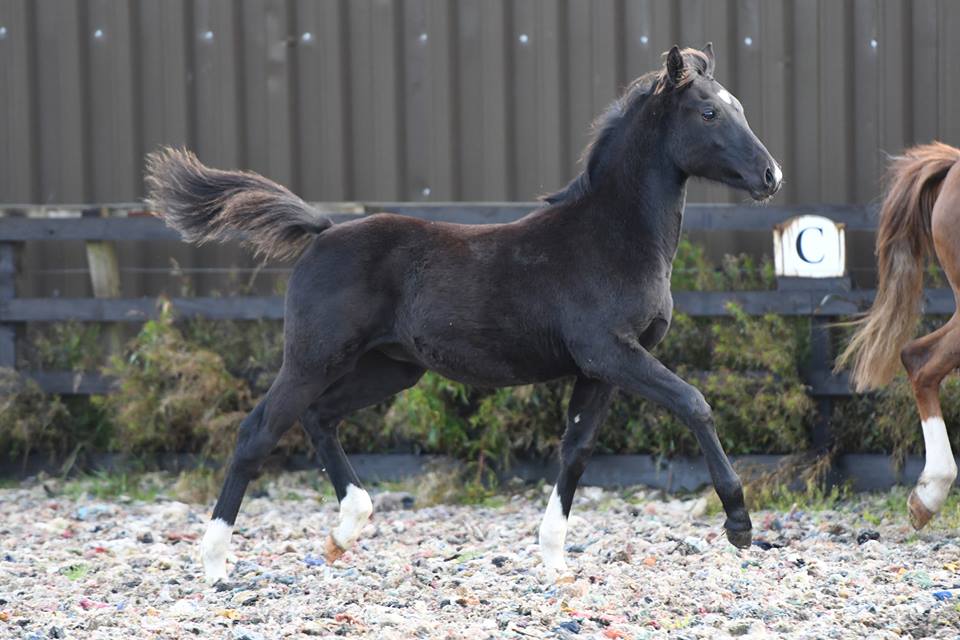 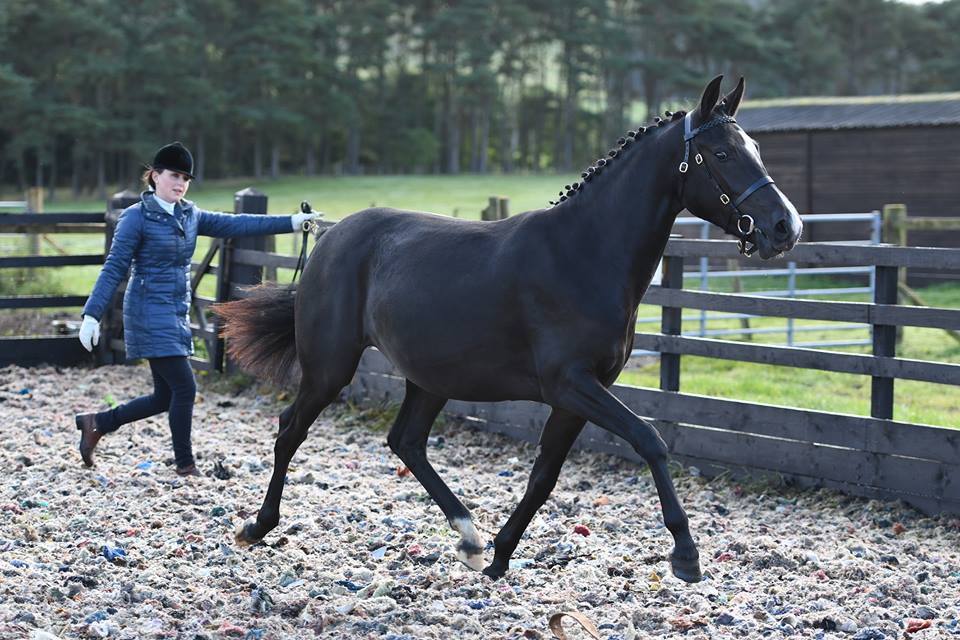 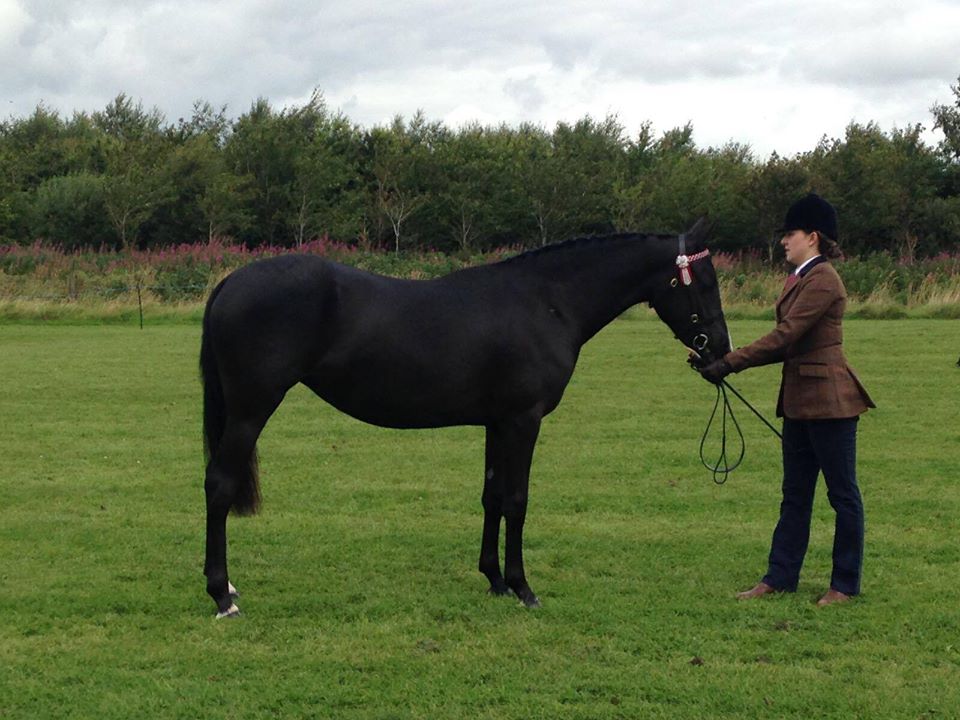 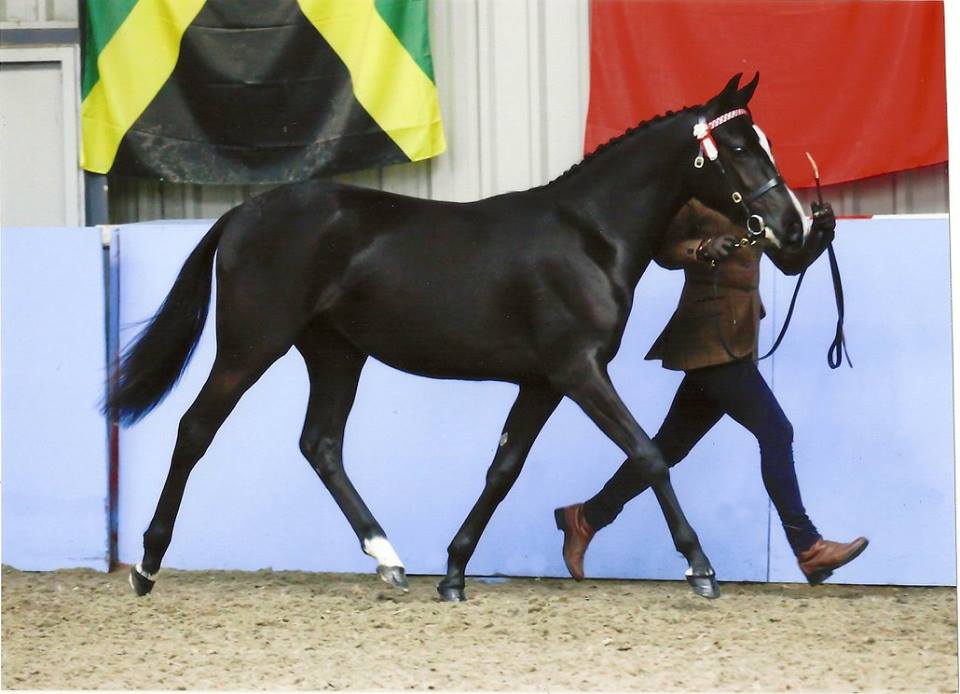 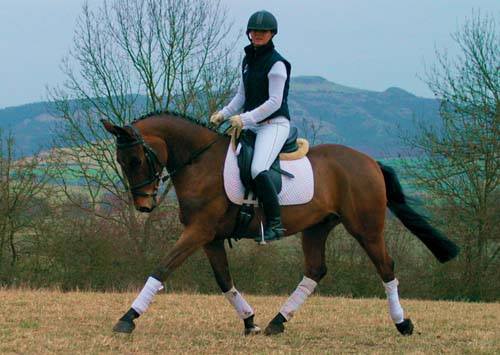 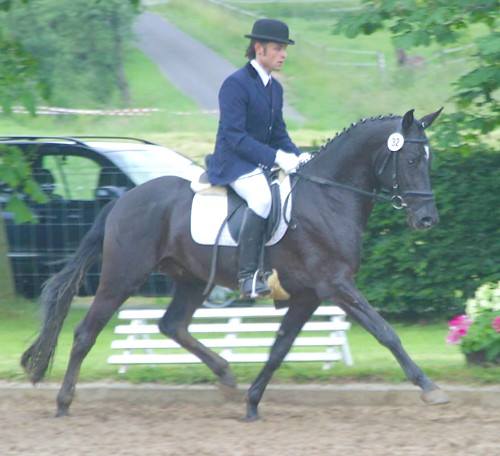 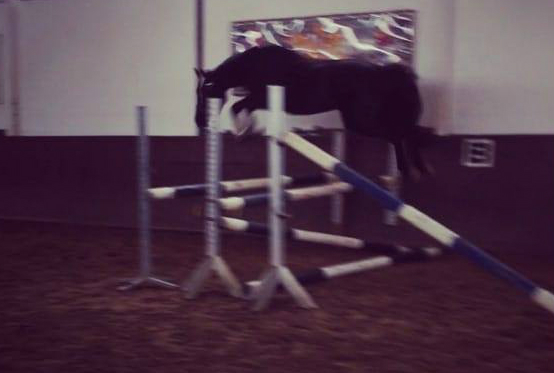 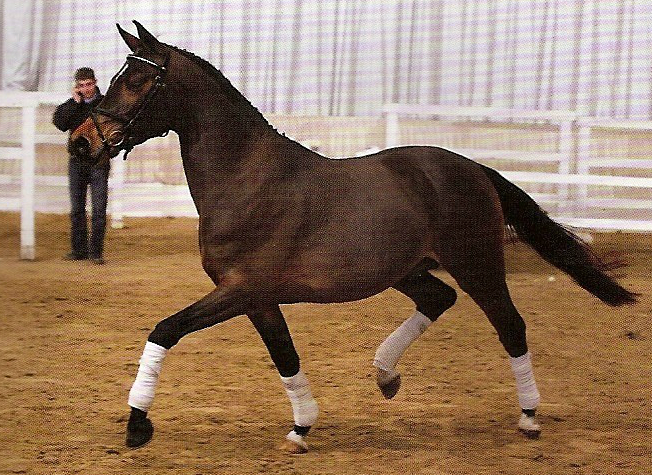 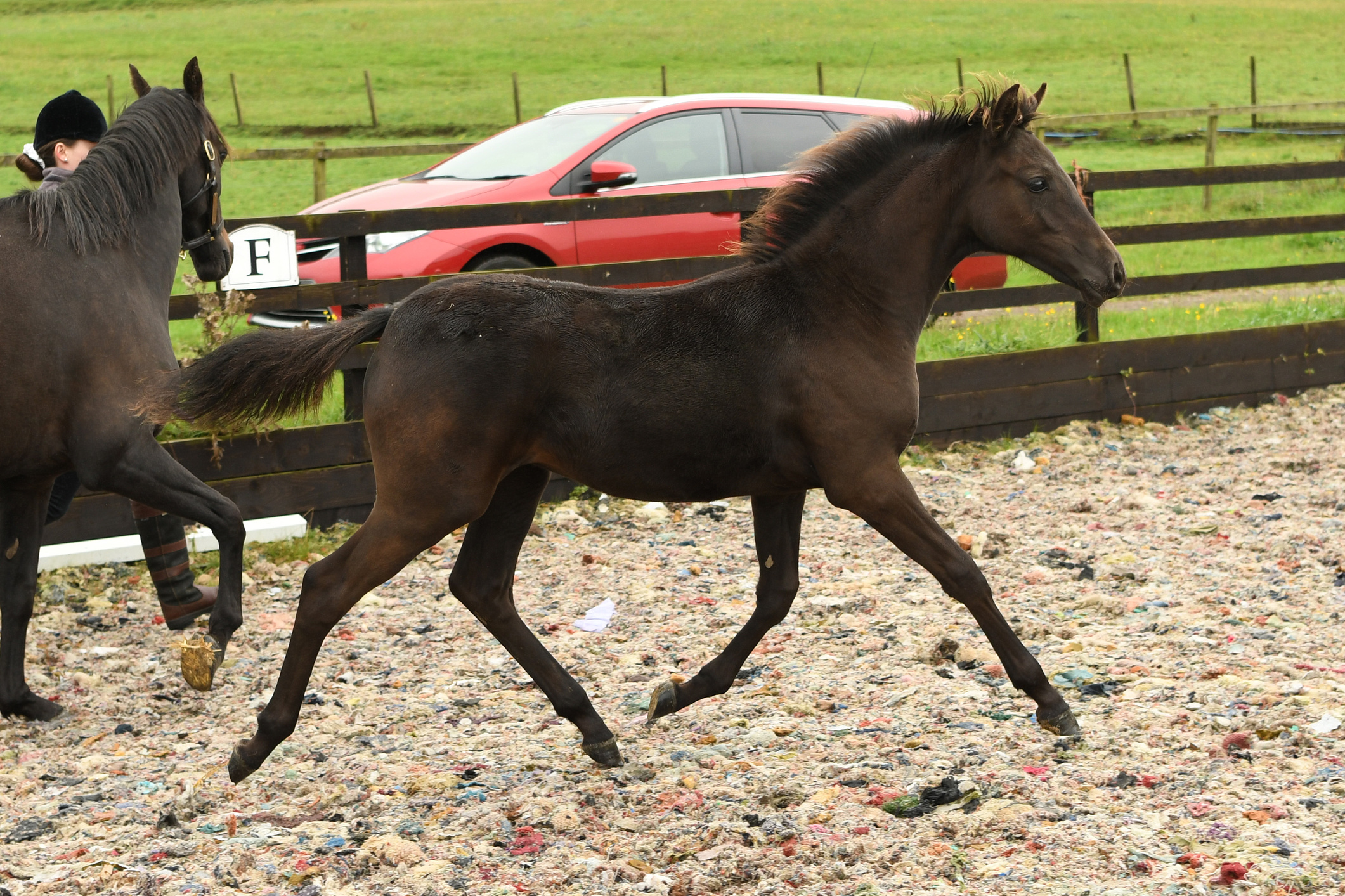 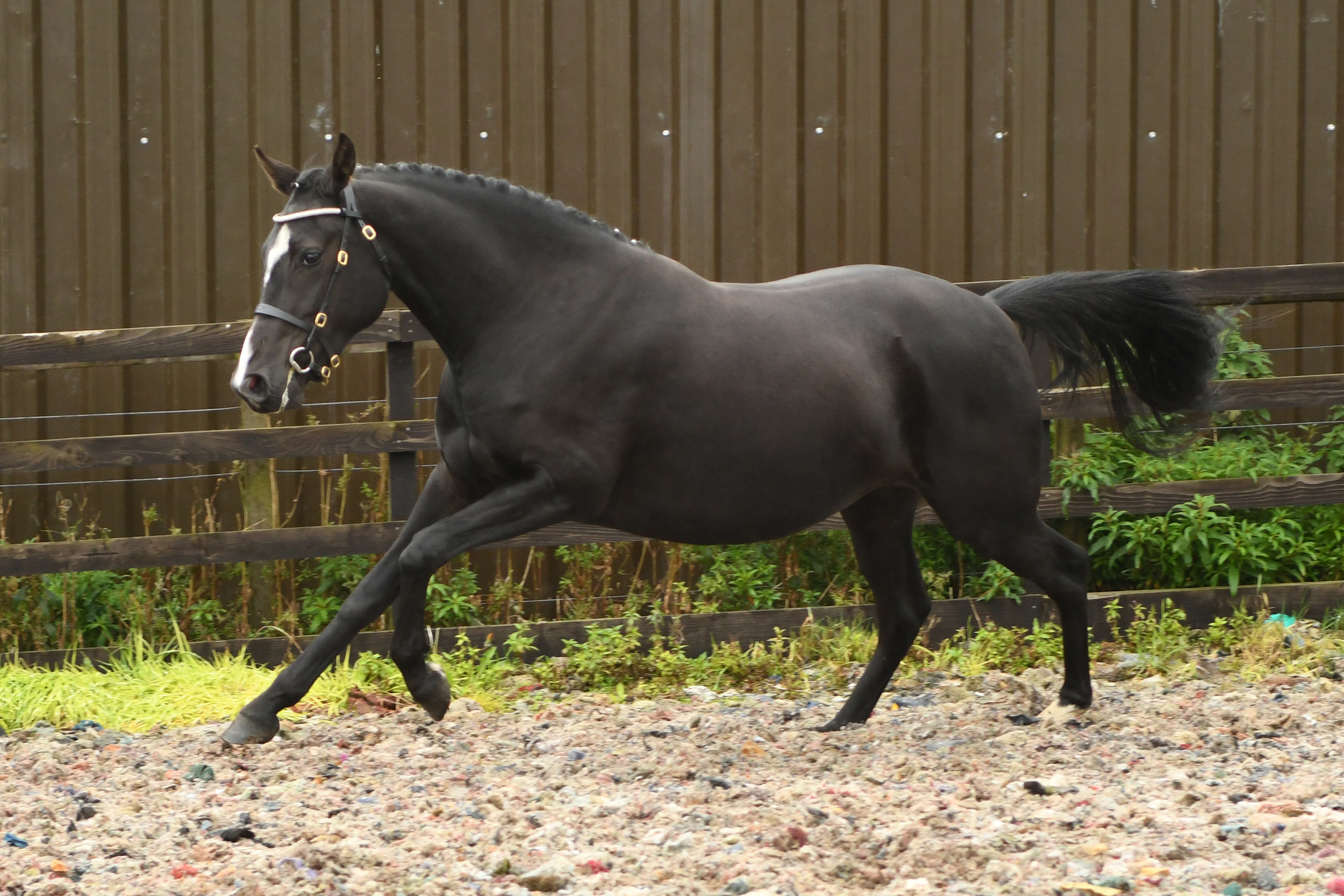 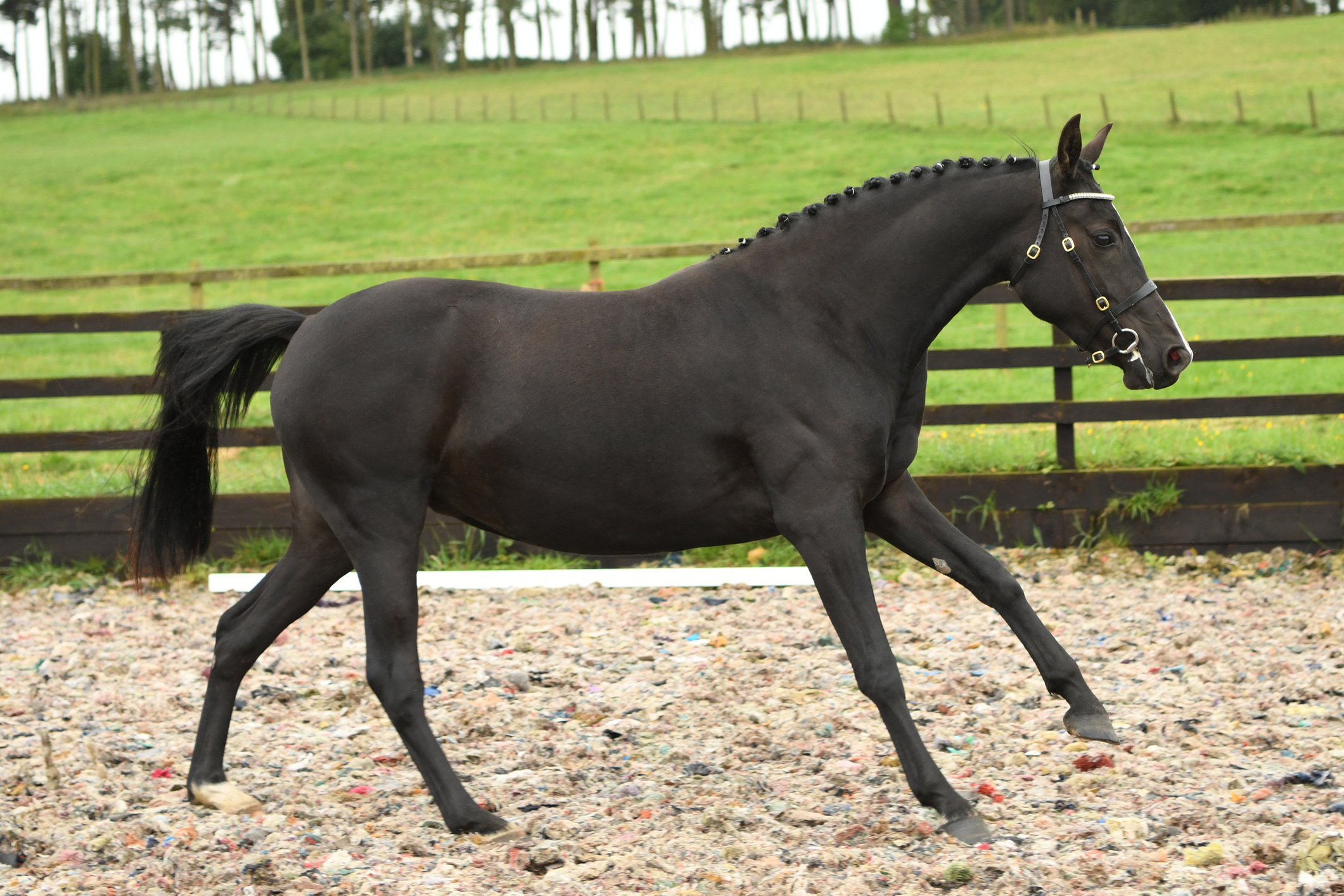 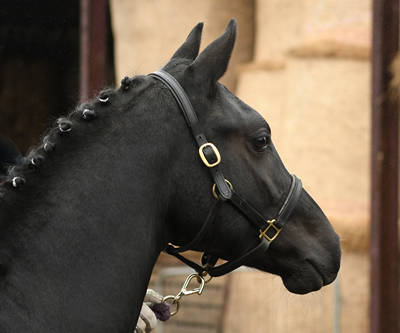 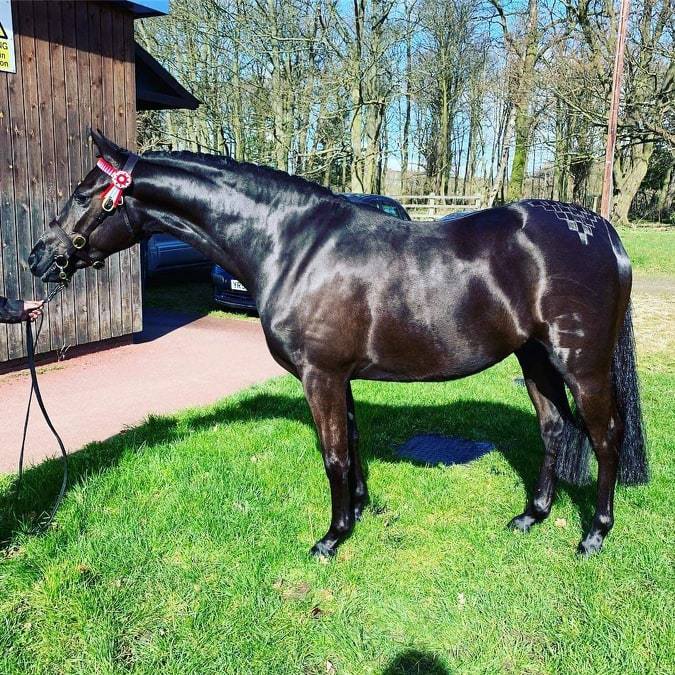